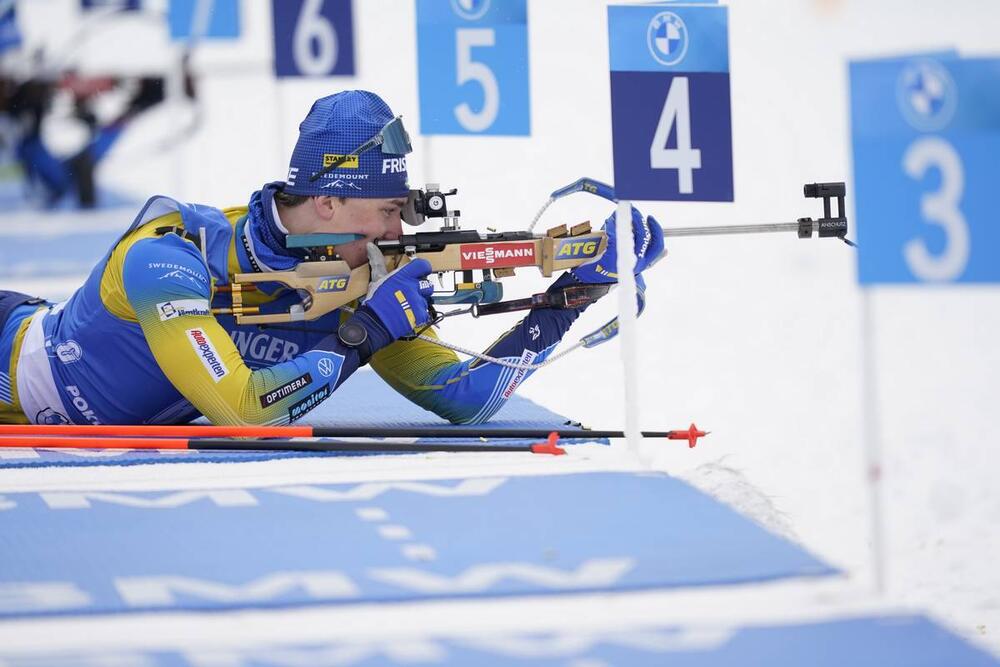 Martin Ponsiluoma takes a little revenge. Despite two penalties, he was able to become the best in the short individual 15km race. Samuelsson with a similar number of misses took second place.

The third place is taken by the Swiss Joschka Burkhalter, who had not shown such results before, but in general, he managed to do it thanks to perfect shooting.

Jesper Nelin and Malte Stefansson are in the top 6 again. And Tomasso Giacomel again became the best among Italians. 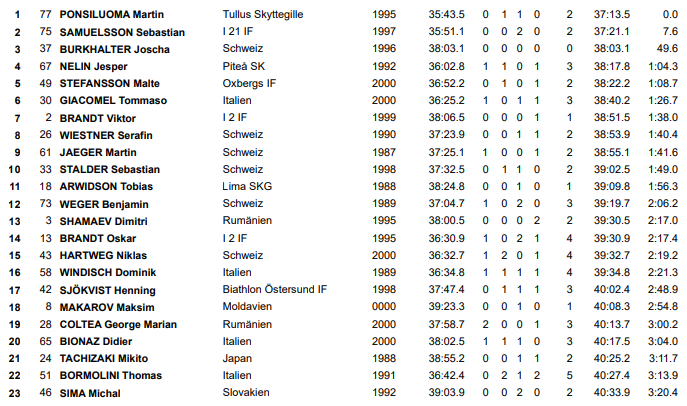