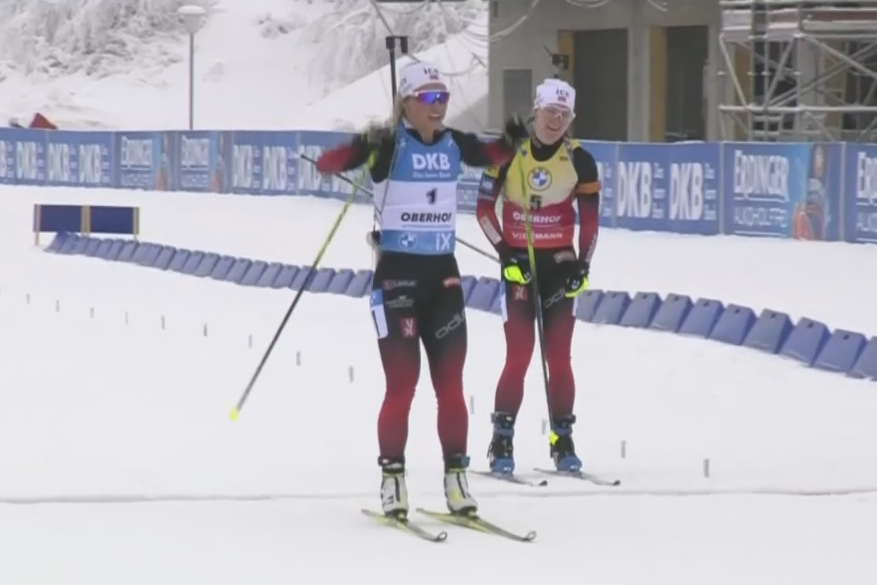 Eckhoff wins again, this time in a tough fight. She gets closer to the Crystal Globe, because this season, four worst races are subtracted/eliminated. Roeiseland is more stable, but Eckhoff has more victories.

Tiril started with a huge advantage over her rivals, but due to two penalties, Marte Roeiseland caught her. And the last lap, these athletes walked side by side. Marte sat behind Tiril's back, but too long. By the last climb at the finish long line, Eckhoff accelerated, and Roeiseland was unable to surpass that acceleration.

Well done Lisa Theresa Hauser. She didn't manage to rise higher, but the second consecutive podium in her career is also a wonderful result for the Austrian.

Svetlana Mironova managed to break through to 4th place, but she had no chance to rise higher. The lag behind Hauser is too great (30 seconds).

Dorothea Wierer once again confirmed that the 5-laps race is her discipline and managed to make an impressive leap from 31st to 7th.

Hanna Oeberg worsened her finishing position, she is 8th.