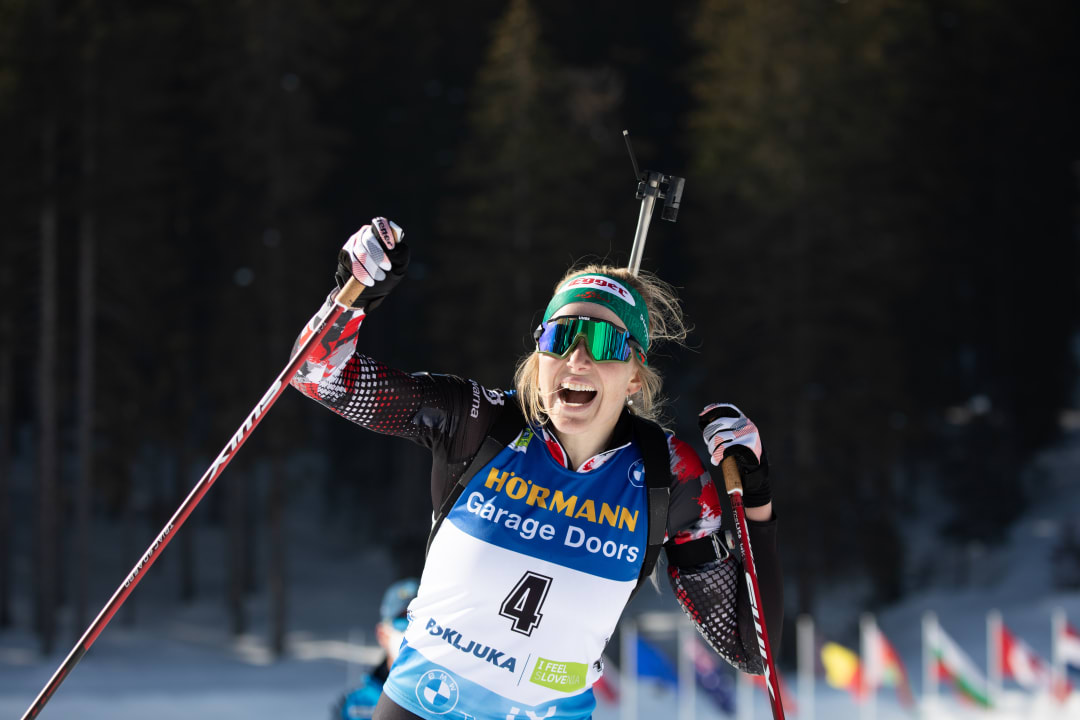 The first starting number had Elvira Oeberg, and after her two penalties, it seemed that the most Sweden could count on - a place in the top 6, but no more. But nevertheless, it remained on the top line for a very long time. Neither Dzinara Alimbekova with clear shooting, nor Hanna Sola with one penalty loop, couldn't surpass the result of Oeberg. Elvira showed a crazy pace, was faster 10-20 seconds on the last loop then her rivals.

And only Lisa Theresa Hauser, thanks to clean shooting, was able to surpass her result, also losing more than 15 seconds on the last lap.

And the third place belongs to the Belarusian Hanna Sola. One miss, and only 1.9 seconds was between her and Elvira.

Franziska Preuss and Anais Chevalier rounded out the top 6.

But the Norwegians performed poorly today - Marte Roeiseland is 12th, the other five - between 28th and 36th positions.