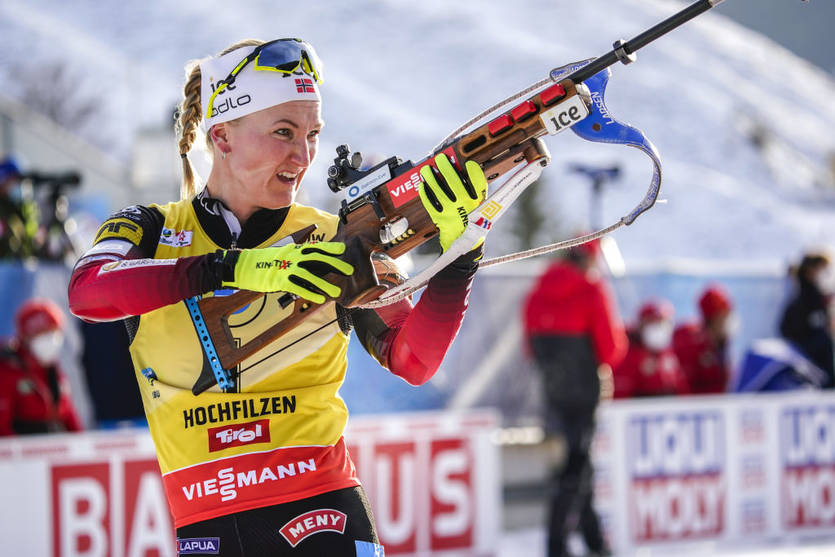 How it's possible, start first, having passed every shooting range cleanly, having the leader's yellow bib, and didn't get even third place? Lisa Hauser succeeded. The Austrian biathlete had a very bad ski speed today, although the shooting was great.

Already on the 1st lap, not a trace remained of the 12-second advantage over Elvira Oeberg and Hanna Sola. But for the second lap, the Austrian again left alone, the pursuers «shot themselves». By the way, Elvira Oberg with enviable consistency caught up with Hauser, and invariably found herself behind after each shooting.

But Marte Roeiseland gradually got the leaders, and by the last shooting the five faster athletes in the person of Roeiseland, Chevalier, Bescond, and the two Oberg sisters caught the leading Hauser 25 seconds in one lap. But the clean shooting was a success for everyone except the Swedes.

Roeiseland in this quartet turned out to be the most agile of all, and immediately created a small gap for herself. The French women walked at a distance, and Lisa Hauser tried to hold on to them, which, by the way, she succeeded. But this didn't affect the finishing alignment, the athletes finished one after another.