Mass-start A in Sjusjoen won Martin Fourcade. Guigonnat, Stroemsheim and Fak fought for the podium 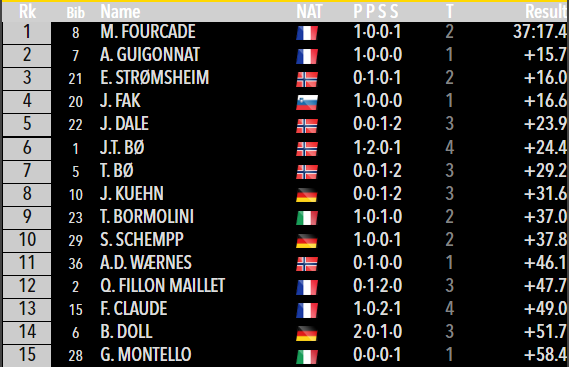 Martin Fourcade is coming back? Or is it too early to draw conclusions?

Fourcade made one mistake at the first shooting, but soon he was again in the lead. Johannes Boe collected the penalty for the penalty, and in the end, he got 4 penalty loops, and dropped out of the fight for high places. For a long time, Tarjei Be was also among the leaders, but already after the first stand shooting he was 25 seconds behind from Marten, and then there were more mistakes, and by the last lap the two main Norwegian brothers were close.

Martin Fourcade, however, gave a chance to his rivals, the Frenchman missed once on the last shooting, but no one of the pursuers could take these chances, only Antonin Guigonnat was able to clear the last line and won 10 positions at once, moving to the 2nd. Like Jakov Fak, who moved to the 3rd.

The Norwegian Cup race promised to be without the Norwegians on the podium. For the honor of Norway fought only Endre Stroemsheim. Viking was able to win a duel with Fak. 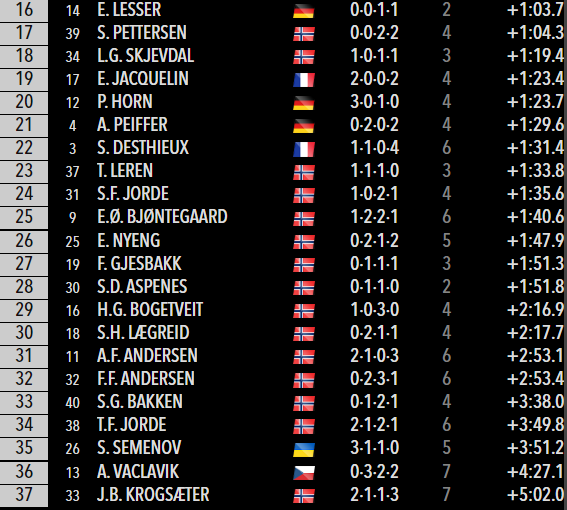