Tandrevold with clean shooting wins the mass start in Sjusjoen 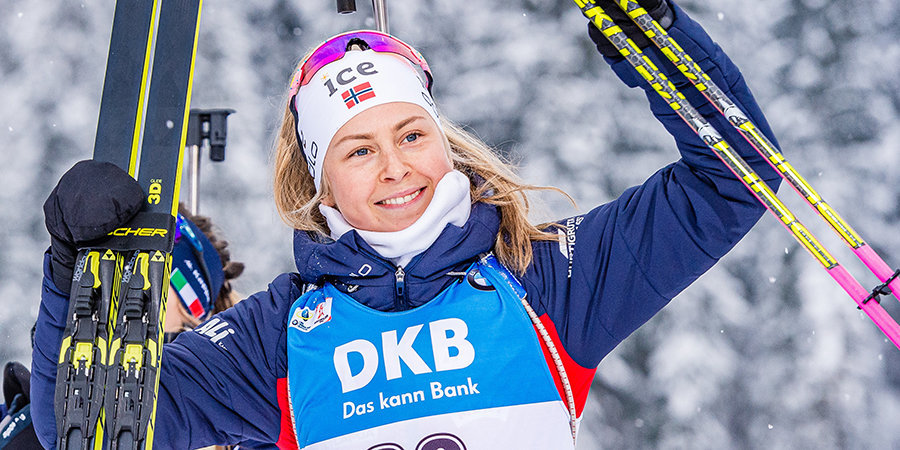 This is why Norway is considered one of the best. Even with the failures of the recognized leaders of the national team - Eckhoff and Roeiseland, there is always an biathlete who will replace them on the top step of the podium.

But the other two Norwegians managed to shoot flawlessly, as a result - Tandrevold won, and Karolin Erdal flaunts in 3rd place.

The French national team performed very strongly, all five athletes who took part in the race, finished in the top 7. Chloe Chevalier is on the podium again, while Braisaz, Anais Chevalier, Bescond and Simon are in 4th to 7th places.

The best Ukrainian, Valya Semerenko is 12th. The best of the Czech national team is again Marketa Davidova, she is 8th.

For the second day in a row, Belgian Lotte Lie has shown a high result, she is 16th. 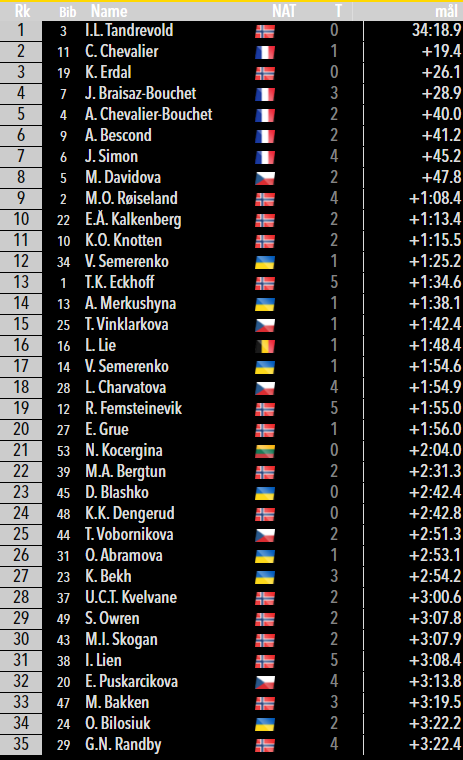