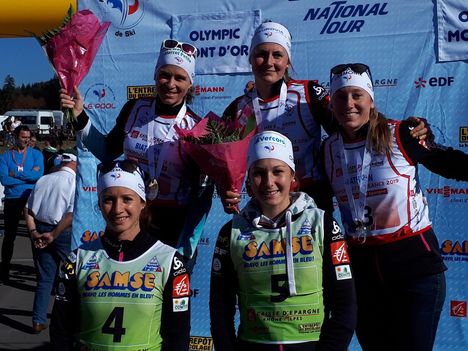 Ended the French championship of biathlon 2018. There are 4 winners!

In the men sprint won Marten Fourcade, he got ahead of the nearest opponent Simon Desthieux by 25 seconds. Third was Quentin Fillon-Maillet.

But in pursuit Desthieux and Fourcade was side by side after 1st shooting, and was going together to last shooting, where Martin missed thrice. Antonin Gigonnat won back 3 positions and finished 3rd.