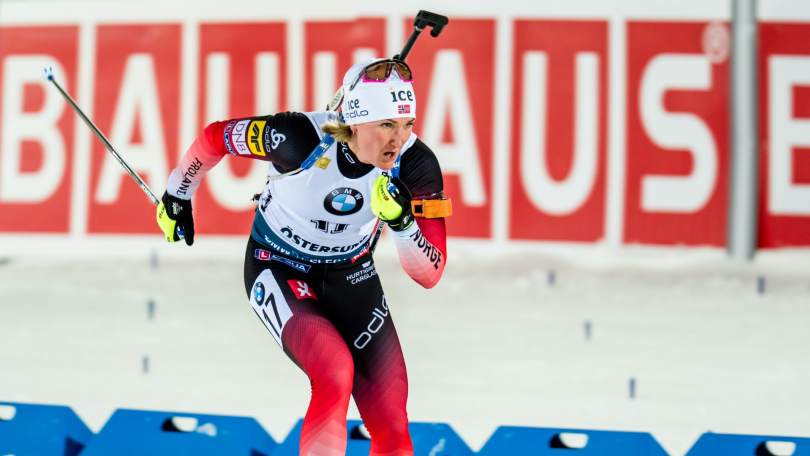 Marte Roeiseland won and strengthened her overall lead. Tiril Eckhoff finishes the stage in Hochfilzen with almost 100% result (1-1-2), beating Dorothea Wierer on the last lap. The Italian shoots faster, but the speed cann't be compared with the smiling Norwegian.

After the third shooting, the duo of leaders Davidova - Roeiseland was ahead, and Tiril Eckhoff missed the first standing, but by the end of this circle she almost caught up with her rivals, having played about 10 seconds. Wierer, Knotten and Oeberg could not boast of the same agility, and walked at a distance.

At the final stand, Davidova had a good chance of winning the podium, but made one mistake and finished 4th.

Not a very good day for the Swedes, Hanna Oberg with 4 penalties is 14th, Elvira had 2 penalties and 6th place.

The race turned out to be atypical for the local Lisa Hauser, she has the 8th result with 3 penalties.