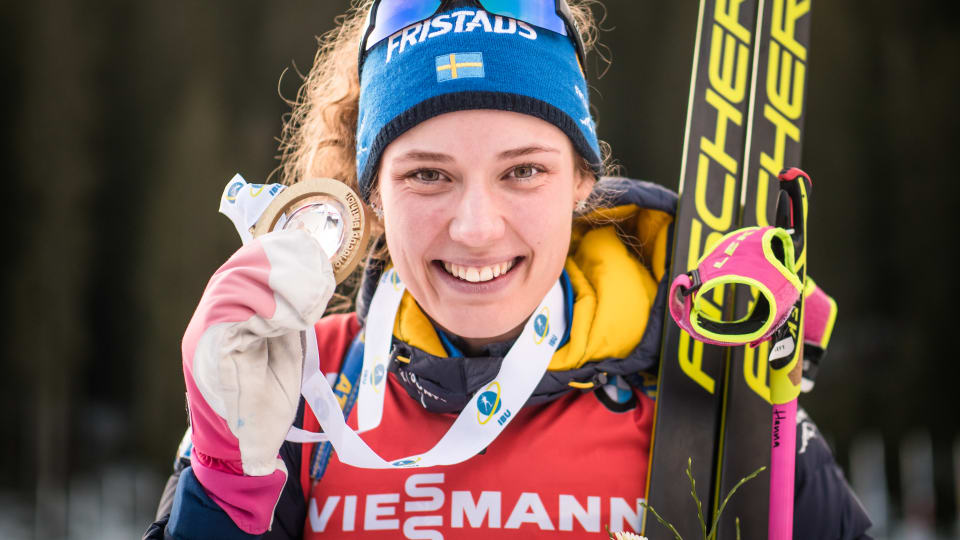 Hanna is definitely the leader of the World Cup, far ahead of all the main rivals: Doro Wierer, who again failed a sprint, Marte Olsbu, who finished 4th, Dzinary Alimbekava, who today was very close to the medal position, and teammates - Johanna Scottheim and Mona Brorsson.

Second place gets French Anais Chevalier. The third was Elvira Oberg, who barely stayed ahead of the Norwegian Olsbu on the last lap. One more "first podium" in this season. It looks like the Swedes are dominating at the moment.

The main loser of the last event, Tiril Eckhoff, was close to a medal today, but two mistakes on the standing, sent her to 8th place.

Mari Eder had 7 penalty loops, and finished outside the top 60. Are left without pursuit also: Puskarcikova, Dzhima, S. Gasparin.