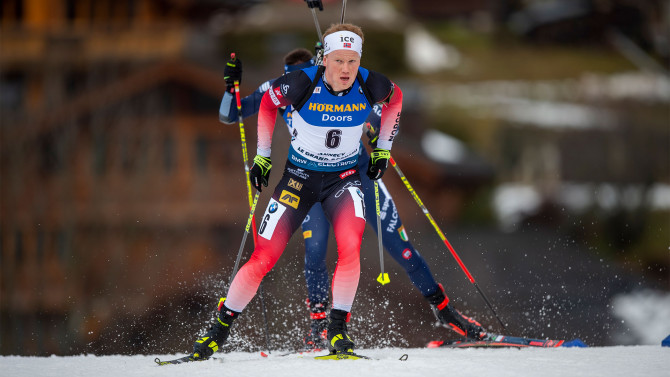 The French team chose middle starting numbers, Norwegians - last numbers. The rest of the leaders of the peloton started in the 1st and 2nd groups. And when Samuelsson finished first with clean shooting, many might think that this is the minimum - the podium, but no, it's just 5th place.

But then the Norwegians joined the race, it became clear that Quentin would not stay in the first place. At first, Johannes Dale finished 17 seconds ahead.

Johannes and Tarjei Boe also were very fast, but Johannes had one mistake on the standing, Tarjei - 2. First victory for the Johannes Dale.

Would like to note the high results of the Finns - Tero Seppala - 16th, Olli Hiidensalo 18th.