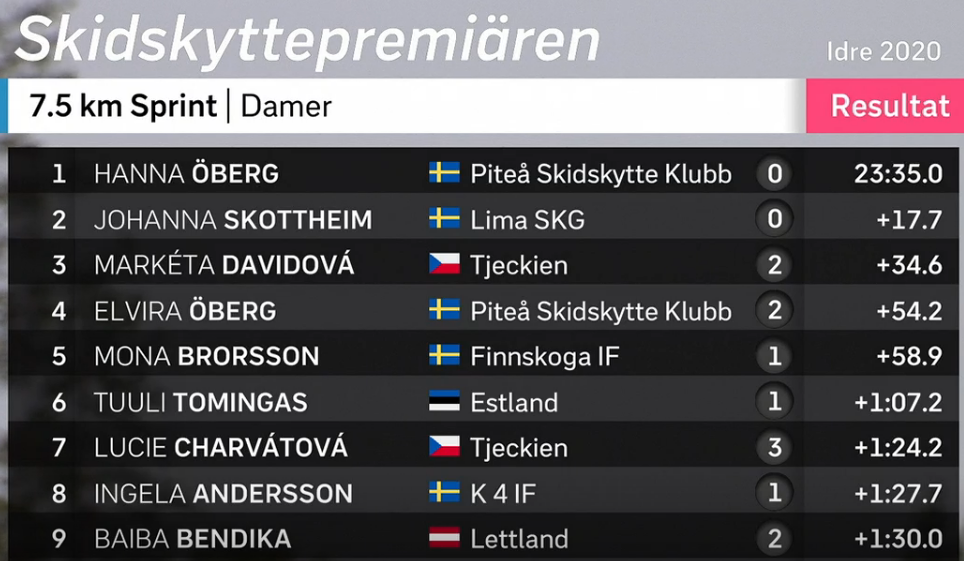 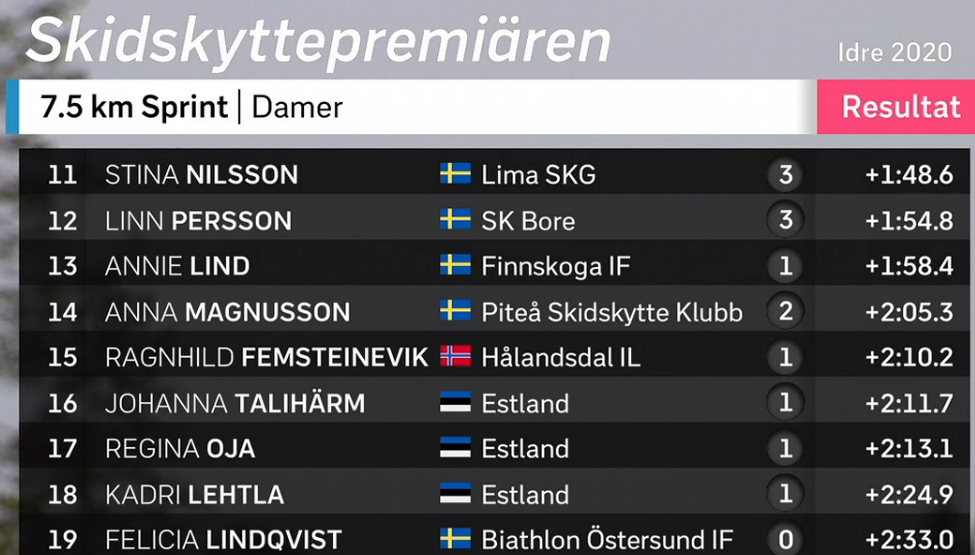 Stina Nilsson was not impressed. Yes, she was shoting slower than experienced biathletes, but everybody expected fast speed her. Stina finished with 3 penalties and lost one and a half minutes to the winner - Hanna Oeberg.

Johanna Scottheim and Hanna Oberg played the victory between themselves. Both athletes cleanly passed a prone and standing. Hanna was 4 seconds behind Scottenheim on the final lap, but she was faster, and finished 15 seconds ahead.

In the 3rd place is Marketa Davidova, who also tried to catch Scottheim, but still 3rd.

The fourth place was taken by Elvira Oberg, more than a minute behind - Mona Brorsson and Tuuli Tomingas (Estonia).