From one extreme to the other: Lisa Vittozzi won individual 15km 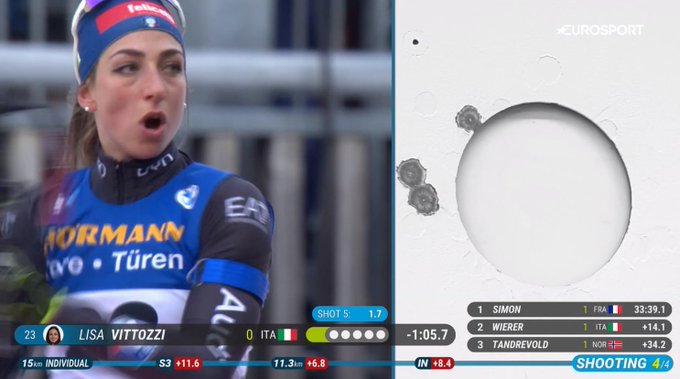 The last two personal races of Lisa Vittozzi: mass start (26th place), sprint (65th place), of course, all this with a bunch of misses. And today in the individual race - clean shooting. But the rivals were wrong, and Lisa was one of the few who managed to make 20 out of 20.

Haven't penalty minutes also Lou Jeanmonnot, the French sensation of this season. The girl, for whom this season became her debut in the World Cup (except for the last event of the previous season, where she made her way thanks to an additional quota, as the top 10 of the IBU Cup), surprises in almost every race. And here is the first medal.

Third place belongs to another Frenchwoman, the leader of the World Cup, Julia Simon.

Denise Herrmann still has trouble shooting. Due to three penalty minutes, she was only in 15th place.

Thanks to perfect shooting, several athletes were above their usual positions: Alina Stremous 12th, and Ukaleq Slettemark 21st, the best result in her career. She also got into the mass start.