Johannes Boe wins again and is 150 points ahead of Laegreid 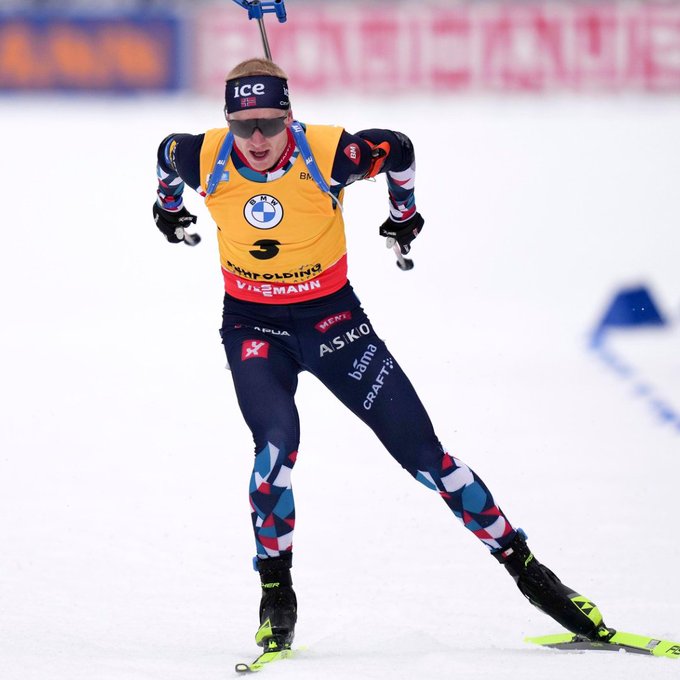 One more, and annoying to a lot of fans, the victory of Johannes Boe. The leader of the World Cup started at the 3rd number, and in fact the entire peloton had a good reference. And at the beginning, things didn't go too well for him.

First, Boe made a mistake on the first prone, and on the final shooting, he added another penalty minute to the liability. It would seem that there should be a hero who can surpass Johannes, who has a two-minute penalty. But such an athlete wasn't found.

Vetle Christiansen was very close, but he also made a mistake on the last standing, and in the end lost only 10 seconds to Johannes.

Jakov Fak had clean shooting, and at the beginning of the final lap he was even higher than Boe, but on the track, of course, he couldn't repeat his pace. In general, it is a miracle that the Slovenian managed to keep the third place in the end. After all, Sturla Laegreid and Tomasso Giacomel propped up from behind. At the 18.1km cut-off, they even got close to him, but at the finish, they stay behind by 15 seconds.

Individual races, due to their specificity, are usually rich, if not in sensation, then at least in some atypical results, but today no one has jumped above his head.