All according to plan: Johannes first, Sturla not far behind 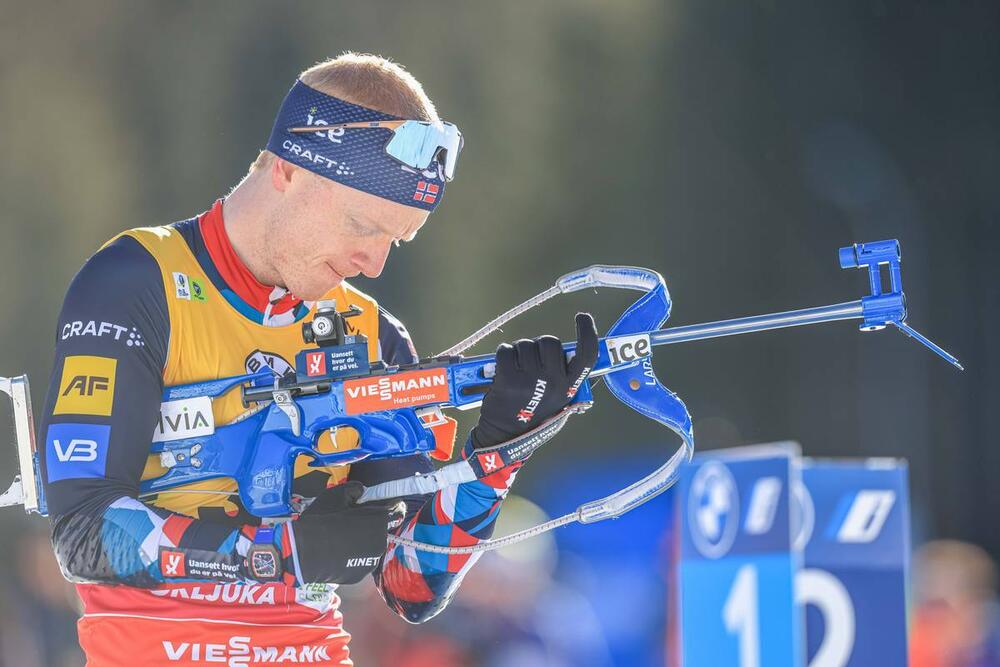 In the first part of the sprint, Tomasso Giacomel started very briskly. After a third of the athletes who passed prone, the Italian was the leader, and by a significant margin, which was 12 seconds. Fillon Maillet, Michal Krchmar, Benedikt Doll were 15-20 seconds behind at this cutoff.

Even Johannes Boe, after the first shooting, could only show an intermediate second result, although the Norwegian made one mistake.

Unfortunately, the Italian missed twice in the second shooting, and there was no sensation. As a result, he showed a high 6th place, but still this is not the podium that he could have counted on.

Timofei Lapshin was also close to an incredible result for the Korean team. But he didn't have enough stamina for the last lap, and he became only 7th.

Sturla Laegreid, who is in fact the only rival of Johannes Boe, although he was a minute behind the winner, took third place.

For Tarjei Boe, everything finally turned out almost perfectly, both ranges without misses, the rivals had mistakes. He could not surpass his brother, but he managed to squeeze into second place.

And the winner is Johannes Boe, there is nothing to add.

Very weak performance of the French team. Fillon Maillet and Antonin Guigonnat were 9th and 10th, but the others failed the race. Emilien Jacqueline, a biathlete who occupies 3rd place in the total, made 5 misses at all, and did not even get into pursuit. Emilien Claude performed even worse, taking a place in the last ten.