Sturla Laegreid wins the Norwegian showdown in a dramatic race 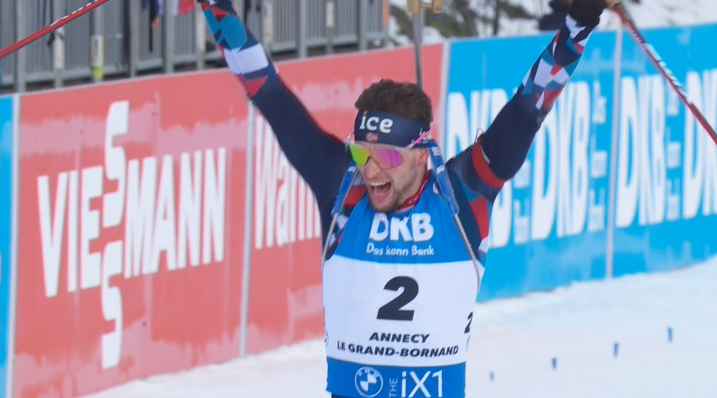 Johannes Boe started the race with a big advantage, but already after the first prone he lost the lead due to one miss. Sturla Laegreid came out on top, but with a very slight advantage. The closest pursuers - Ponsiluoma and Doll also went to the penalty loops, and Timofey Lapshin became 3rd, very unexpectedly. Looking ahead - not for long time, already on the next prone, the Korean made three misses.

At the second shooting, the two leading Norwegians remained on their own, but Laegreid's advantage increased slightly, and Sturla was already 6 seconds ahead of Boe. Seriously reduced the gap from this pair Vetle Christiansen. Started 10th, the Norwegian was 3rd, beating Legrade in 2 laps 40 seconds! And in the course of the next round, everything became clear, Johannes was tired and couldn't keep the pace further.

Vetle Christiansen in one lap catch up from Boe all his advantage in 27 seconds. And then the powerful Vetle already caught up with Laegreid, who made one mistake on the standing, and began to break away from him.

Unfortunately, this is a dramatic race, with an unhappy ending. Christiansen was confused on the shooting, missed twice, and for about 10 seconds he aimed the last shot. As a result - 2 penalty loops, and all that was left for him, was to catch up with the incompetent Johannes, who almost fell on the track.

Fabien Claude almost overtook Boe on the last lap. If it weren't for the miss of the last shot, he could have competed even with Christiansen.

Another Norwegian Philipp Andersen finished 5th. Too many Norwegians in the top 6.