Johannes Boe and Sturla Laegreid keep their positions in pursuit 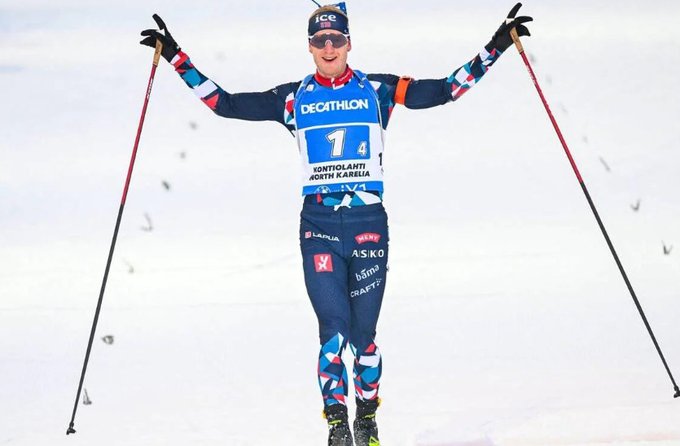 All leaders did the first shooting without a miss, but in terms of speed, Johannes Boe was faster than his rivals, as a result, the gap between him and Laegreid grew to 20 seconds, and Samuelsson, Rees, and Jacquelin were already losing 50 seconds.

On the second shooting, only the German fell off the group of pursuers. The Swiss Nikilas Hartweg pulled himself up well (from 16th to 7th).

Johannes has the first miss on the standing, but Laegreid couldn't cope with all the targets either, and the distance between them remained the same. Emilien Jacquelin was able to pull himself up a little, and during this lap he even almost catch the Norwegian. Samuelsson and Rees were more than minute behind.

At the last shooting Johannes missed twice, and gave intrigue, but the opponents couldn't use this gift. Laegreid also ran to the penalty loop, and Jacqueline even went to 300 penalty meters. No one could overtake anyone, and all five remained unchanged.