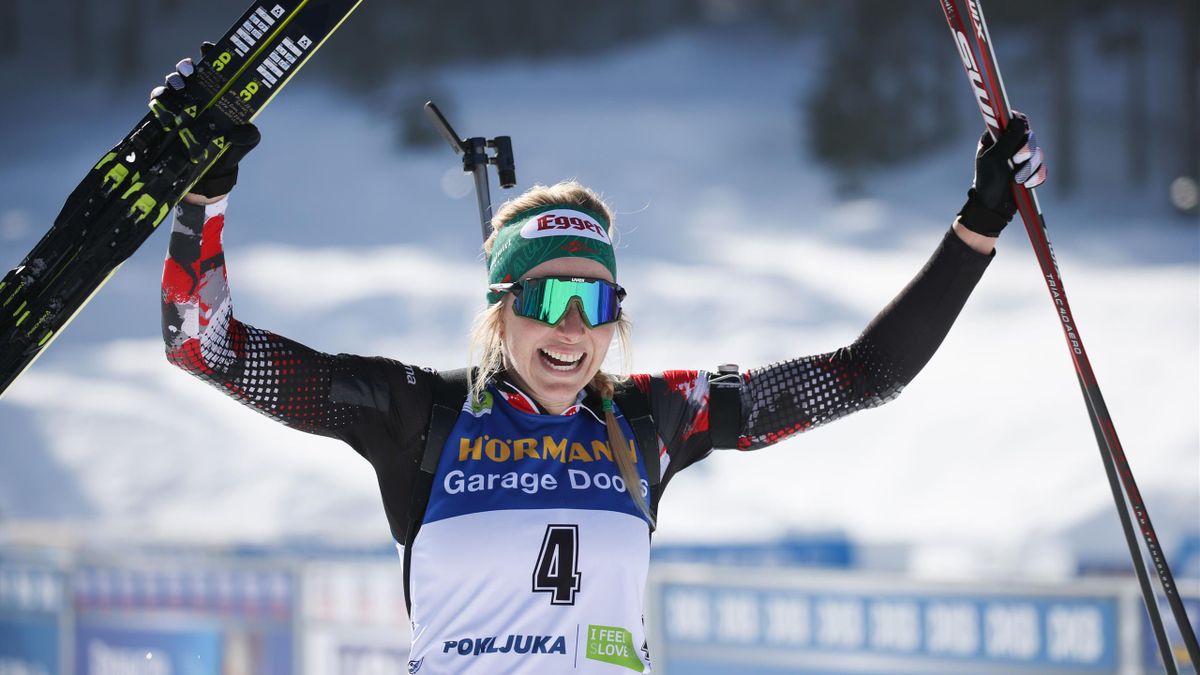 Although considered one of the top biathletes, Lisa Theresa Hauser is still used to the fact that she shows class in races with 4 shootings, where the cost of a shot is much higher than in the sprint. But today she is lucky - there are no Norwegians, the Oberg sisters missed three times, Vittozzi and Wierer also missed, and the French women are not in shape at all. And here is Liza with zero, and this is already the 4th personal victory.

Second place for Lisa Vittozzi. Finally, the Italian returned to her usual condition. After a season in which she lost BCG, she was only a pale shadow of herself. But today she has almost the best move, if don't take into account the two Swedes.

Third place could have been a sensation, but Linn Persson took it away from Canadian Emma Lunder, ahead of her by only a second. Anna Weidel, who lost 2 seconds to the Swede, wasn't enough and took 5th place.

In general, unlike the men's sprint, where only 6 people were in a minute from the leader, there is more competition, and 25 biathletes entered in one minute with the winner.