Johannes Boe wins the Lahti sprint, Laegreid and Rees on the podium 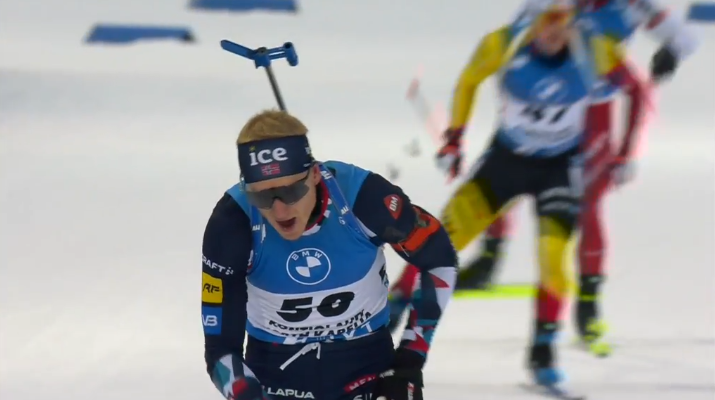 Johannes Boe after prone shooting made a small gap of 12 seconds, in front of the closest pursuer - Samuelsson, and Laegreid, who started early numbers, and just occupied an intermediate 1-2 place. But the Swede missed on the standing and lost the fight for victory.

But for Johannes, a miss isn't a hindrance to victory. Even with one inaccurate shot, he ran to the last lap in the lead, gaining only 2 seconds from Sturla Laegreid, and more than 20 from Roman Rees. These positions were kept until the finish.

The fourth became Samuelsson, and the fifth - the best Frenchmen - Emilien Jacqueline.

It looks like the German team is on the rise, today five Germans finished in the top 20.

Dmitriy Shamaev, representing the Romanian team, who after the 2nd shooting took a high 7th place, couldn't keep up the pace and slipped to the finish line 25th. Anyway, this is the best result in his career.

A similar story with the New Zealander Campbell Wright, although he had a better last lap, and as a result 22th.