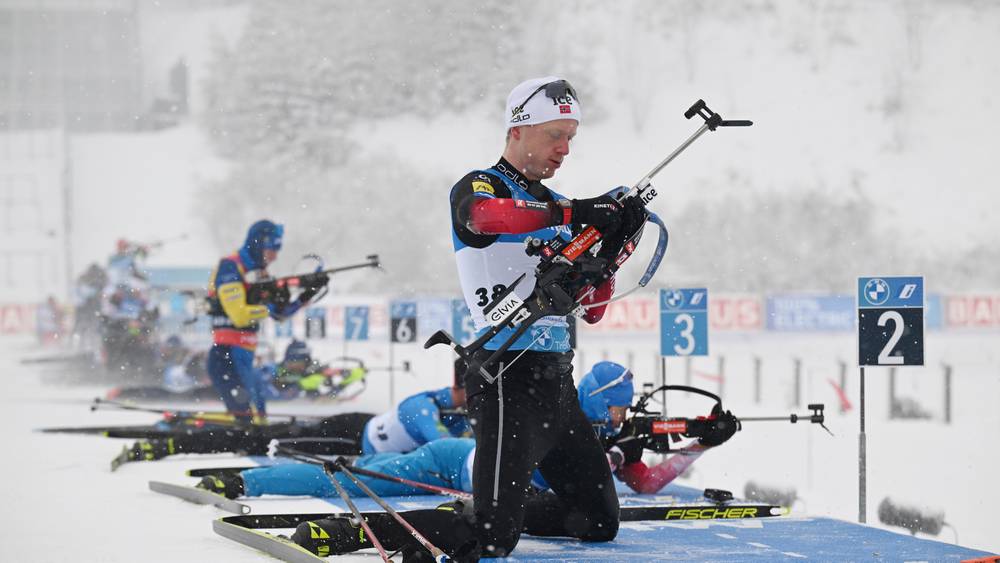 Fight for medals was between three teams - France, Norway and Germany. At the equator of the race they ran level. However, Emilien Jacqueline made the task a little more difficult for Quentin, as he couldn't keep up with a couple of leaders on his last lap - Tarjei Boe and Benedikt Doll.

Johannes Boe and Roman Rees join to race together, with the Frenchman 24 seconds behind.

Johennes immediately upped the pace, and broke away for 10 seconds from the German. On the first prone, the breaks were approximately preserved, and then the Norwegian perfectly worked out the last shooting, Norway wins.

Roman Rees made fans nervous, closing all the targets with only eight tries. But Quentin Fillon Maillet, although he got closer to the German, couldn't catch up with him.

Peppe Femling sent the Swedish national team to the bottom of the peloton already at the second shooting, and neither Jesper Nelin nor Martin Ponsiluoma not only could not pull themselves closer to the leaders, but sent their team even lower. Sebastian Samuelsson before the race imagined battle with Johannes Boe, but he fight just for 10th place with Slovenian and Ukrainian.

Results of the men's relay in Kontiolahti, December 1, 2022.