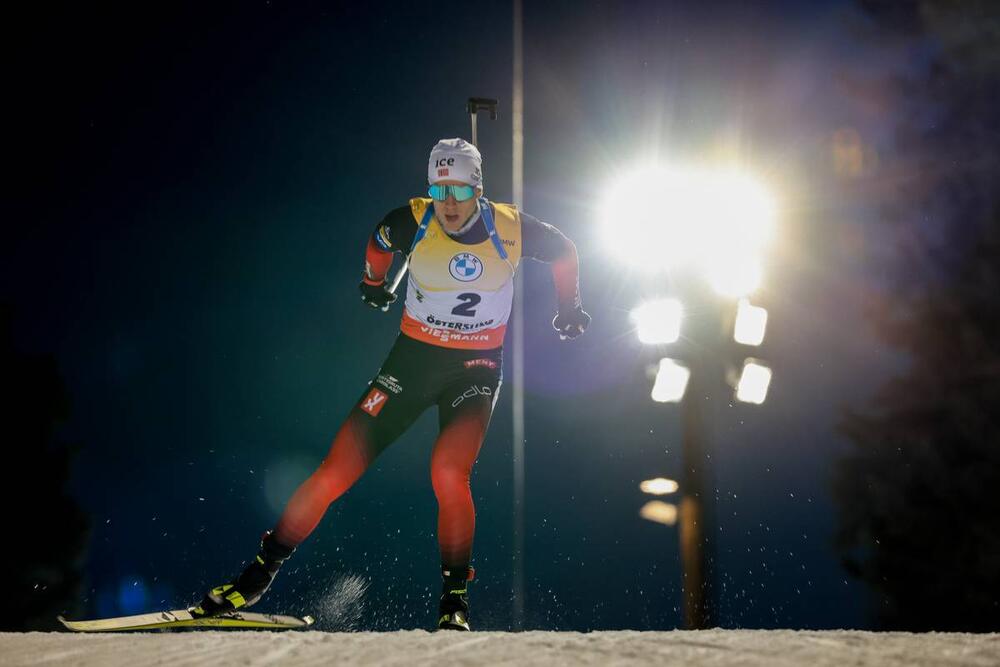 Quentin Fillon Maillet had an impressive last season. The Frenchman was only three times outside of the top 10, and twice it was the first event in Oestersund, where Quentin, most likely, wasn't yet in optimal physical condition. In total, he has 11 personal victories in the season, including two golds at the Olympics. In fact, the battle for the Big Crystal Globe ended after Kontiolahti, where Quentin was already ahead of the closest opponent by more than 200 points.

For Sebastian Samuelsson and Emilien Jacquelin, December remained the month where they were on an equal footing with Quentin, and even surpassed it. But January and March events put everything in its place. Sturla Laegreid, also couldn't boast of stability. In the individual race, he won, and two days later in the sprint he takes 37th place. And there are many such failures.

The main favorite of last season, Johannes Boe, fell ill before the start of the season, perhaps this affected the slurred results of the Norwegian. Before the start, his odds for winning were taken from 2.2 to 2.8 - you can see the odds of the next season, and make bets at officialbookmakers.com. Just like Laegreid, Boe alternated victories with failures around the 30th place. And despite four Olympic gold medals, two of which were obtained in individual races (sprint and mass start), Johannes decided to finish the season. But at that moment, he, like everyone else, was losing about 200 points to the leader of the overall standings, and decided not to continue.

This season, Boe decided to prepare thoroughly, and above all to pay attention to summer preparation.

«All past seasons, I was convinced that I could succeed in the winter, despite the fact that in the summer my performance was lower than others (teammates), and I want to change it. My target -  will be to fill this gap and arrive at the beginning of winter with a higher level of physical condition.

It should also help me shorten my recovery periods and be able to compete with rivals for a longer period of time.»

It is unlikely that anyone will join them in the battle for the BCG. Laegreid needs to improve his form, last season, even with perfect shooting, he often didn't get the podium. And Samuelsson's peak and fall of form are too obvious.