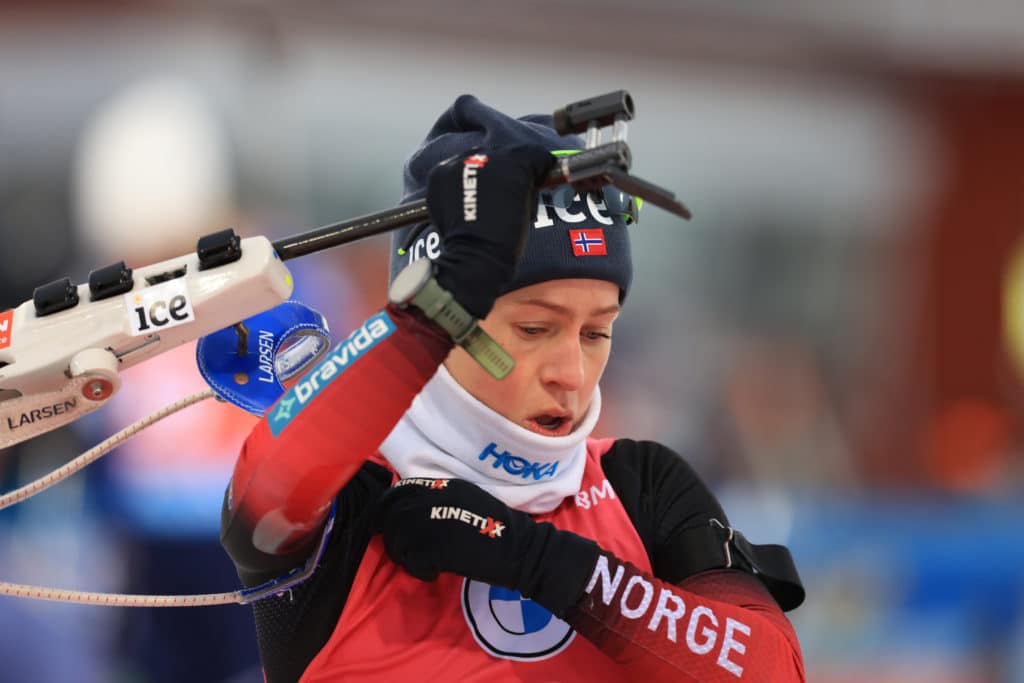 Good part of season after OI for Tiril Eckhoff, Kontiolahti - 3 podiums, Otepaa - only one, and event in Holmenkollen she began from victory!

Very close to first place was Lisa Theresa Hauser, but she lost time at the last lap. Anyway, she is ahead the leader WC - Marte Roeiseland, who showed 3rd time.

Looks like, a battle for the Big Crystal Globe is over. Elvira Oeberg just 17th. More than 100 points between two challengers. Marketa Davidova, Jessika Jislova and Anais Chevalier were perfect at the shooting range, but they were behind two Norwegians and Austrian.

Battle for places at Nation Cup is finished. No official information, but more likely, Russia and Belarus will be disqualified.

Amanda Lightfoot announced her retirement, but don't rush Amanda, you are 60th, prepare to pursuit. Actually, didn't remember race at World Cup, when 60th passed to pursuit with 3:40 lag from the leader.