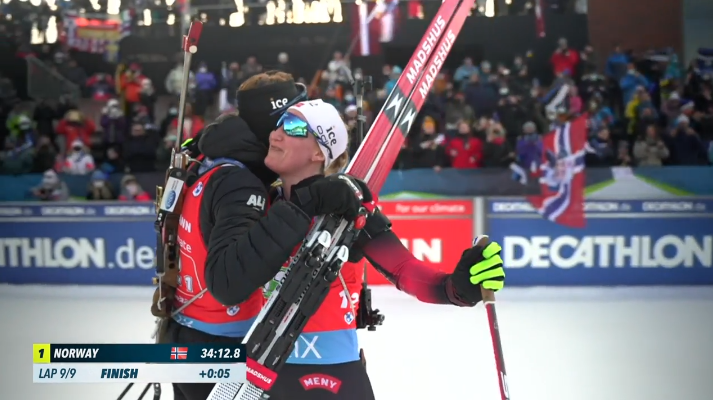 The Norwegian duet didn't leave any chance to rivals. Marte Roeiseland provided a comfortable 15-second lead for Sturla Laegreid by the middle of the race, and then no one was able to get close to the Norwegian team. Sturla made a mistake just once at shooting, Marte - no mistakes.

The Swedes and Germans managed to catch on to the Norwegians, and in the end, it was Preuss and Oberg who fought for silver.

Unexpectedly high, by the last stage, the representatives of the national teams of Romania and Slovenia were in the top 6, but their chances for medals were rather small, and they couldn't even hold on to these positions.

The Italians could claim medals, Lukas Hofer was good, but Lisa Vittozzi in her repertoire - 3 penalties in the first prone, inexplicable shooting. Italy finished 5th.