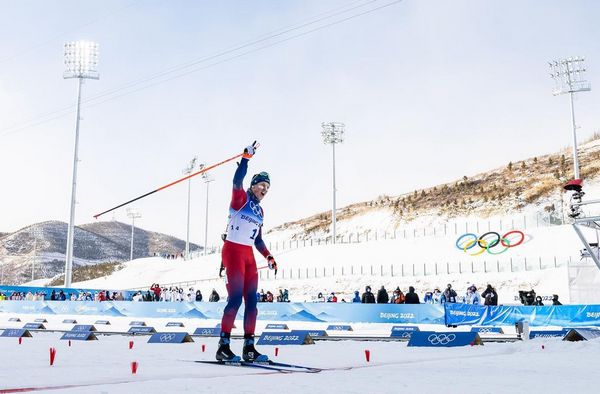 Johannes Boe kicked off the race and extended the peloton by 26 seconds. However, such a speed did not help much, and Johannes, Kanten, Smolsky, Latypov - almost everyone who caught on to the Norwegian, could not avoid penalty loops.

After the first shooting, Samuelsson and the two brothers Gow took the lead. However, until the next shooting, they could not keep their distance from the pursuers, and by the end of the lap almost all the pursuers had caught up with them.

Johannes turned on jet speed again, and only Philipp Nawrath was able to cling to him. Perhaps not the best idea for the German, he got 3 penalty loops at the standing. Ginger norge got off with one, and remained the leader. Most of the athletes on this lap lost about 30 seconds to the Norwegian.

On the last standing, Johannes shot fast, two penalty laps is not a problem for him, especially since the weather is the same for everyone. The closest pursuers, Ponsiluoma and Fioyne Maye, were also wrong. Martin made only one miss, and went for a silver medal, but Quentin Fillon Maillet - three times, and it cost him the 6th medal at this Olympics.

The lucky one turned out to be Vetle Christiansen, who managed to find 10 seconds of calm in the strongest impulse, make 5 out of 5, and go third for the final lap.