Denise Herrmann won the individual at the Olympics, Chevalier and Roeiseland with medals 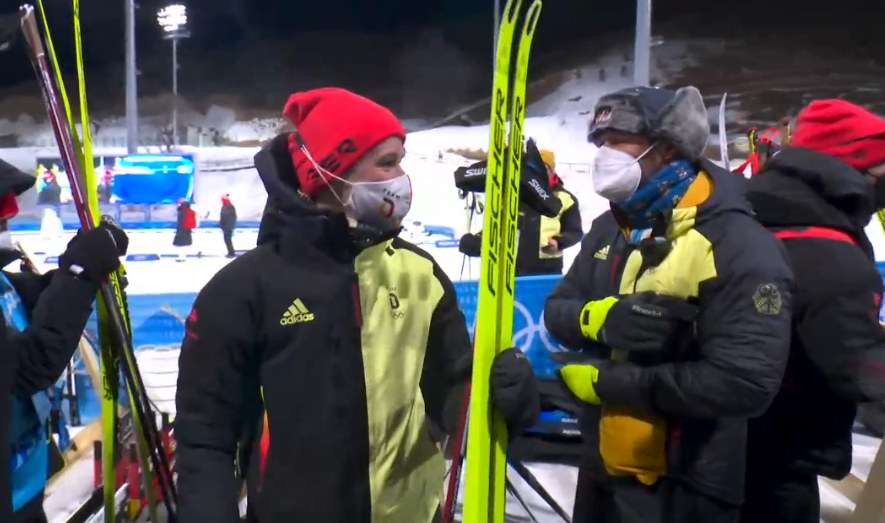 Compared to the mixed relay, the wind at the stadium had calmed down significantly, the weather was warmer than two days ago, and the weather conditions were not particularly outstanding.

Denise Herrmann wins the first Olympic gold medal of her biathlon career. In skiing, she already has bronze in the relay, which she took 8 years ago in Sochi.

An offensive 20th miss prevented Anais Chevalier from winning the gold medal. But it happens. She barely managed to maintain her slight advantage over the leader of the overall standings.

Marte Roeiseland started with the first number, and by her result that everyone was guided. However, already on the first prone, the Norwegian earned a penalty minute, but due to a faster move, she was able to win back this gap, and could even win, if not for the second miss at the last standing. But even with two misses, Marte showed the third result. Just a second behind, the debutante from Germany, Vanessa Vogt, lost to her.

Dzinara Alimbekova and Marketa Davidova, specialists in individual races, also made mistakes once, like their rivals, but they were a little slower and showed only the 5th and 6th results. Wierer and Hauser made three mistakes each, and finished only in the middle of the second ten.

The only athlete who managed to shoot to zero was Ukrainian Irina Petrenko. But her speed didn't allow her to even get into the top 10, although she was very close. It is possible that the Ukrainian team will not be in the relay. Daria Blashko, like Elena Bilosyuk, had Covid, and Semerenko didn't finish in this race, and she was shown with a limp gait.