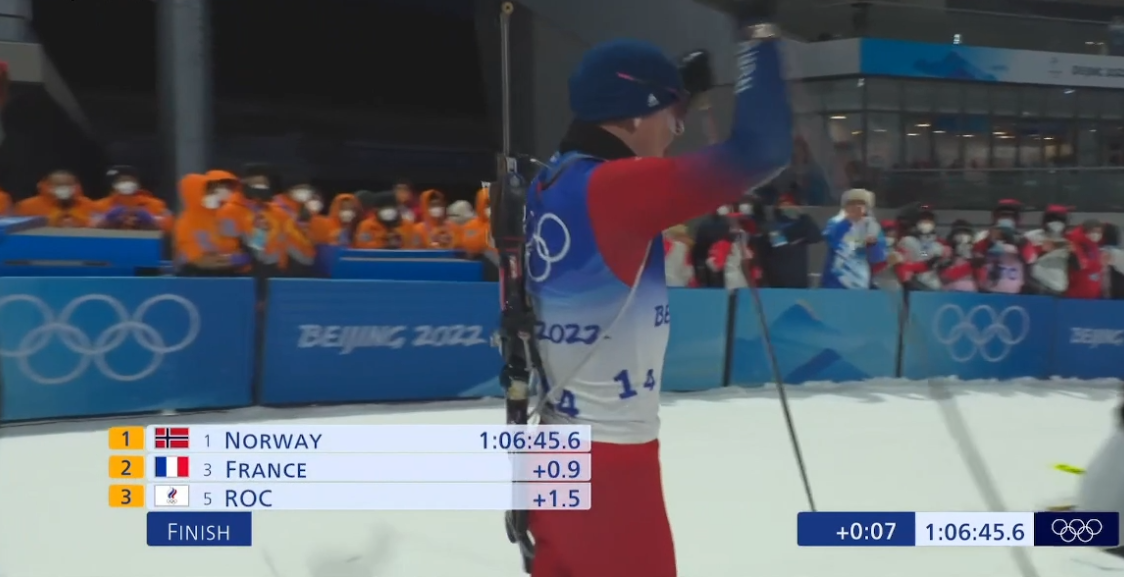 It is probably pointless to describe who ran how many penalty loops, Would like to note that almost no one escaped this. At the equator of the race, only Italy, USA, Sweden, Czech, Finland, Canada, and China had no penalty loops. Of course, this is not the European Championship in Arber, but something similar.

Everything changed very quickly. Look, the Norwegian team is in the lead with Italy, eight shots, and Italy continues to lead, and Norway is already 40 seconds behind, and France comes in second place, having played exactly one minute in the shooting.

Look, Emilien Jacquelin has a huge gap, closes three targets, and then only misses and misses, and he loses the lead. The whole race consists of such small shots.

The last piece of the relay, and immediately 5 teams are in the leading group: ROC, Sweden, France, the USA, and Norway (Tarjei Boe in the 21st second behind Loginov). The last prone caused problems only for Paul Schommer, who immediately fell out of this leading group.

The last lap, and an incredible fight between Latypov, Fillon Maillet and Johannes Boe! Samuelsson was unable to close the gap of 14 seconds. But Johannes and Quentin, having sat enough behind Latypov's back, made a breakthrough and bypassed the Russian at the finish line. Johannes did it even without a photo finish, Norway with gold!