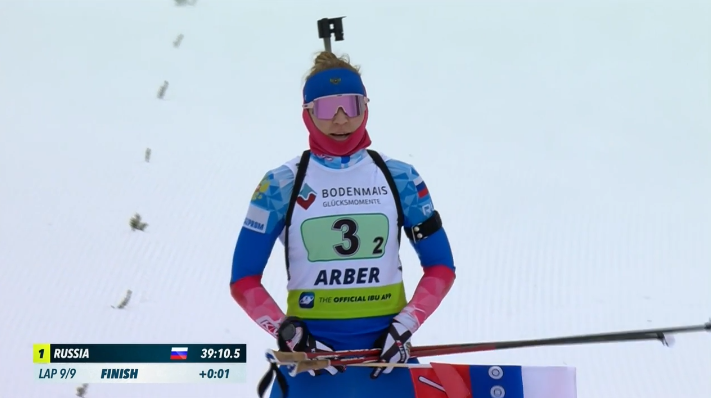 It all started as in a previously mixed relay - wind, misses, penalty loops. At the first shooting, only two athletes were able to close all 5 targets, the rest went for at least one penalty loop. But by the middle of the race, miracle, the wind died down, and the athletes began to shoot more accurately.

By that time, the pair of Babikov-Burtasova had already managed to make a slight advantage for themselves, and then they only increased due to almost 100% shooting. Burtasova shook her head as if she herself did not believe that she was able to close all the targets.

France, through the efforts of Claude and Jeanmonnot, took second place. And for the third place there was a small struggle between the Hildebrand and the young Italian Passler. Franzi dealt with the Italian without any problems.

By the way, only eight countries remained in the same lap with the leader, and the remaining 13 were removed as lapped. Incredible! These lucky ones, in addition to those mentioned above, are Sweden, Norway, Ukraine and Belarus.