Mixed relay in Arber: Norway and Germany fight, the rest are extras 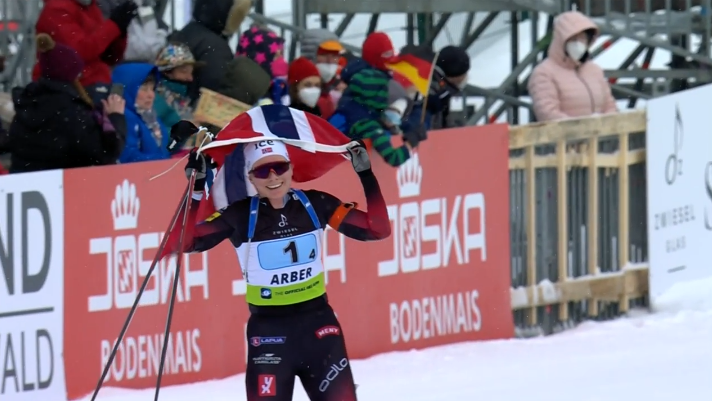 Only the representatives of Germany and Norway really fought for victory in this race, the rest were already more than a minute behind leaders the equator of the race, and by the finish line this gap had grown to five minutes.

First, Hettich and Ennod, then Schneider and Femshteinevik, constantly were together, and even fired simultaneously. These two teams kept us in suspense all the time, but unfortunately, we didn't manage to fight until the last meter. The Norwegian at the last shooting was slightly better than her opponent, and left for the final lap 11 seconds ahead. Schneider couldn't close this gap.

Romania could have had a good result, the only team that didn't lose 3 minutes to the leaders, but only a little more than a minute. But the Romanians got so excited that they passed the relay incorrectly at the last stage, as a result - a penalty of 2 minutes.

In total, 10 teams became lapped, and 9 of them were still in the middle of the race, that is, the girls of nine teams even didn't start the race.

A consolation bronze medal, 5 minutes behind the leader, was taken by the representatives of Switzerland.