The lottery pursuit in Arbera was won by Sverre Aspenes 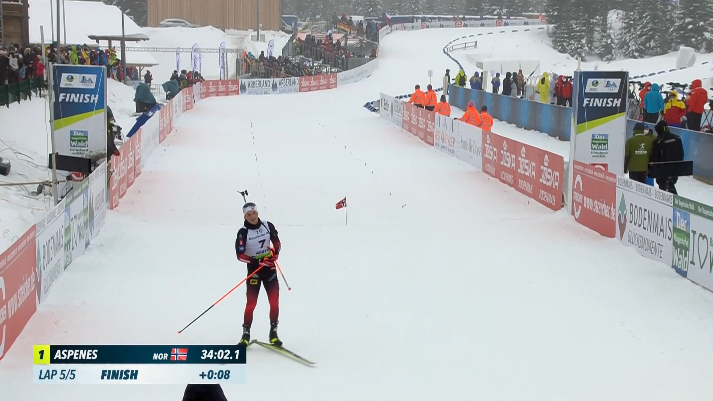 The harsh conditions at the range led to the fact, that even the winner of the race, the Norwegian Sverre Aspenes, made three mistakes in shooting, while his closest rivals - 5-6 mistakes. Some at the end of the peloton were even less fortunate, where the number of misses, and, accordingly, penalty loops, reached eight to ten.

Romanian Dmitry Shamaev showed almost perfect shooting (1 miss), but unfortunately, the athlete was very slow, and he could not seriously improve his starting position.