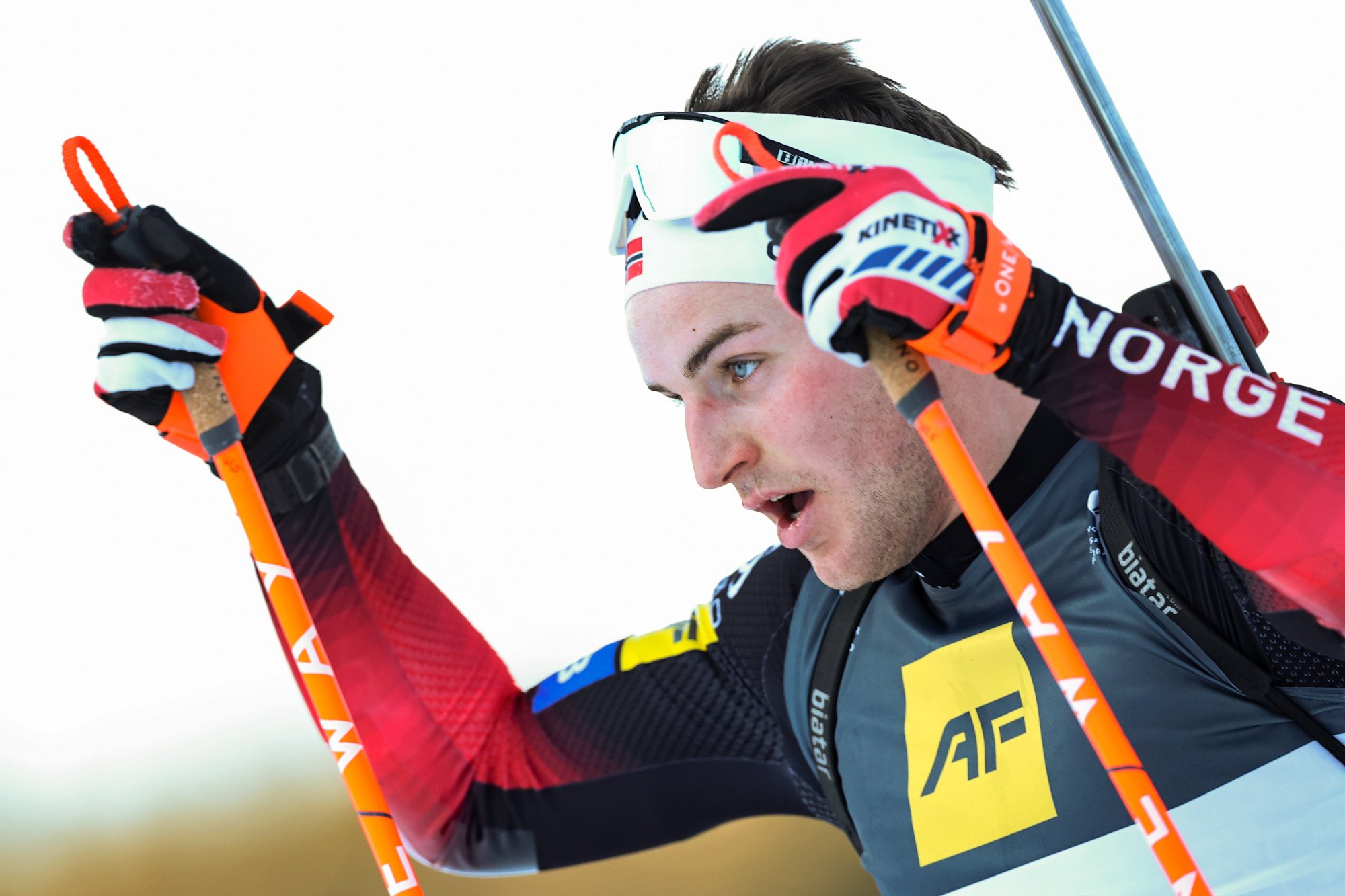 Anton Babikov put another medal in his piggy bank, sad because he wasn't taken to the Olympics. Today he was close to another gold, but gave up too much on the last lap, giving way to Norwegian Sverre Aspenes, who was 20 seconds behind before the began of the last lap.

It is worth noting that the entire first four made 20 out of 20, and Philip Horn, who showed the fifth time, made three mistakes, and could well claim victory if he shot more accurately.