Benedikt Doll won the duel against Johannes Boe, the rest were one and a half minutes behind 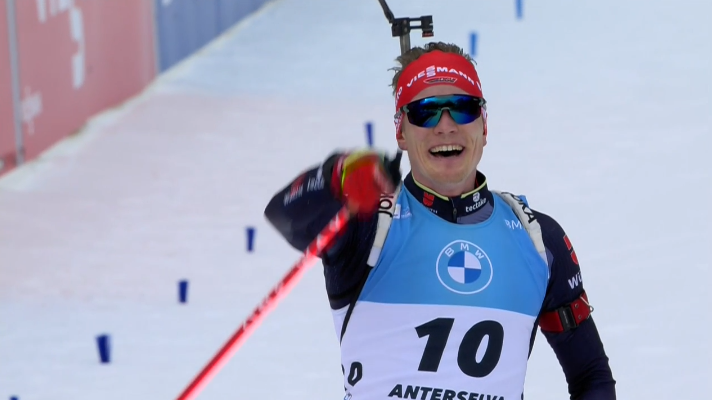 From the beginning, it was understandable that Johannes Boe was charged to fight for victory. Already on the first lap, he created a mini-advantage from the peloton, easily coped with the penalty loop, and by the second shooting he got a group of leaders, after which he only increased his lead. But unfortunately for the Norwegian, despite the fact that today everyone made mistakes on the range, there was an opponent who was much better than him at the turn.

Benedikt Doll held on to the Norwegian, and after the final shooting, he completely took the lead. Johannes very briskly ran to the last lap, but there his power ended, Johannes couldn't catch Doll. Tired and joyful, the German ran to his first win of the season.

Following them at a respectful distance, Tero Seppälä and Sturla Laegreid were caught in a severe gust of wind. Laegreid got off lightly - one miss, but the Finn had to run two penalty loops, and the medal slips out of Seppäli's hands again.