Anton Babikov wins the individual in Antholz, Tarjei Boe almost caught up with him 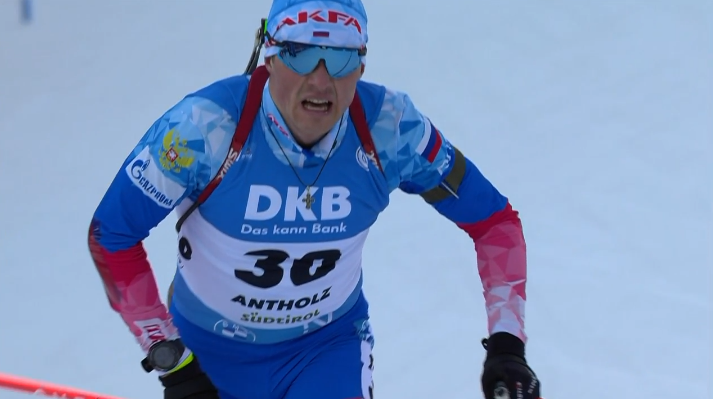 Only in January, Anton Babikov returned to the main Russian team, had a couple of good races, and today the victory came.

He is doing shooting 20/20 the only one, out of 106 participants in the individual race. Anton left for the last lap with a comfortable gap of 46 seconds over Tarjei Boe. But at the next mark, Tarjei lost him only 14 seconds! We don't know what is the problem for such a drop in speed, maybe a fall, or another nuisance. But the remaining 1300 meters, the Russian went a little worse than the Norwegian, and didn't give up the victory!

Now Russian couches have to think about the roster for the Olympics. The roster that was announced a couple of days ago - without Babikov.

But the surprises don't end there, another Russian Karim Khalili, who performed very mediocrely throughout the current season, was able to make his way to the podium. And the last lap he beat Johannes Boe, and the Norwegian could not close the gap of 10 seconds. First bronze and podium for Khalili.

The French look weak. Emilien Jacquelin, before the last shooting, only claimed the podium, with his impeccable shooting (15/15). And on the last lap, he completely lost more than a minute to Tarjei Boe.

Desthieux, Claude, and Fillon Maillet are quite high in the finish protocol, but lost a lot in time to their opponents.

Another great performance from Campbell Wright, and he is no longer amazing with his top 30 finishes. Maybe get into the mass start?