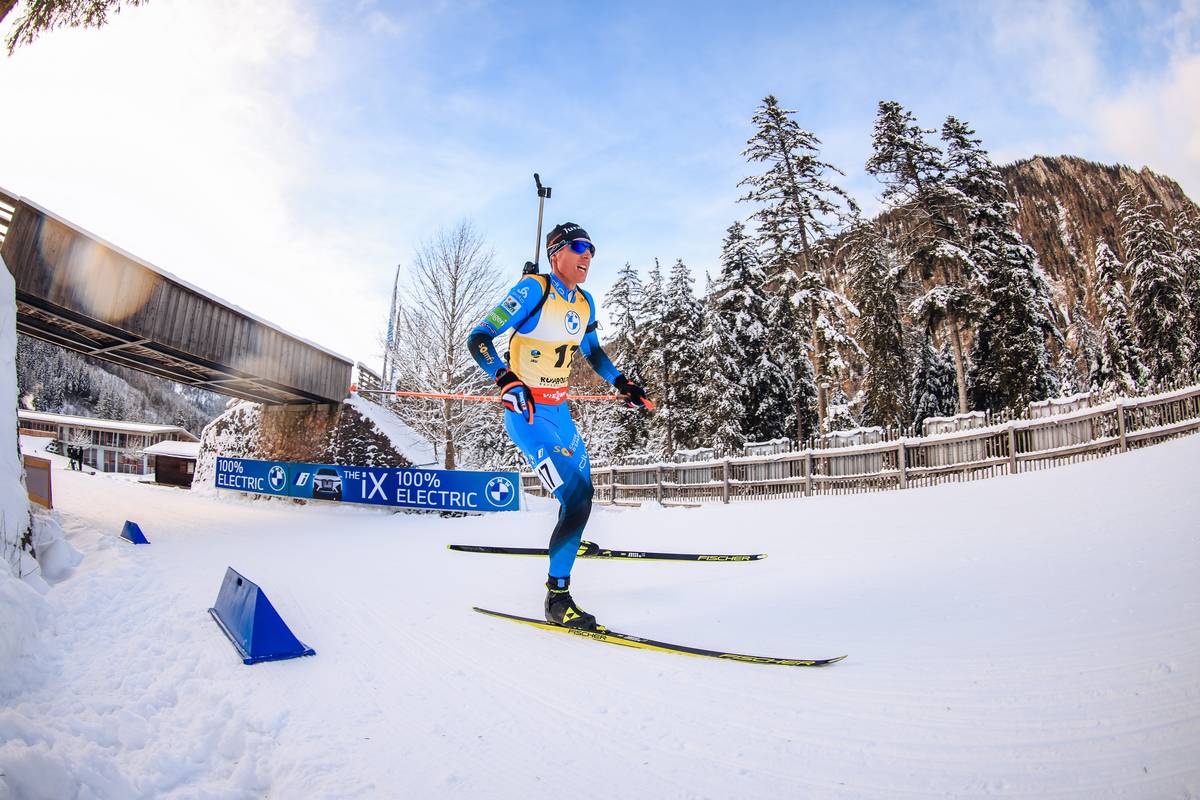 First, in the absence of the Norwegians, many expected the unconditional leadership of the French and Swedes. But Samuelsson and Ponsiluoma missed twice and finished outside the top ten, and of the French, only Fillon Maillet, Desthieux, and newbie Eric Perrrot were able to show good results. Emilien Jacquelin with difficulties getting into the pursuit.

The race was dramatic for the Lithuanian Vytautas Strolia. Vytautas started with the 5th number, and had his best race, and for a long time flaunted in 1st place in the final protocol. But first, Quentin Fillon Maillet passed him, which was quite expected, then Anton Smolsky snatched the position, literally a second ahead of the Lithuanian. Well, Benedict Doll, who showed the second result, put an end to all hopes for the first podium in career Vytautas.

The German burst into tears after the finish line, apparently from the fact that he couldn't win at the home track, but here it is more time to cry for the Lithuanian, whose first podium was ripped out of his hands. And considering Strolia's age (29 years old), and the country for which he stands, this is a tragedy.

Tero Seppala showed a good result for himself. The Finn is getting closer and closer to the leaders.

It was as if the Ukrainian team had woken up from hibernation, which had previously occupied places outside the top thirty. Today Pidruchny, Prima, Tsymbal, Dudchenko are all in the top 30. Not a great result, but for Ukraine, it is already good.

Russian athletes performed terribly in this race. The best was Maxim Tsvetkov (21st place), who recently roamed the expanses of the Russian Cup.

Kresimir Crnkovic shows the best result in his career (34th place), and seems to be jumping into the last train for the Olympics, it will be known for sure later.