Deja vu in the men's relay: Norway - France - Russia, as in the previous week 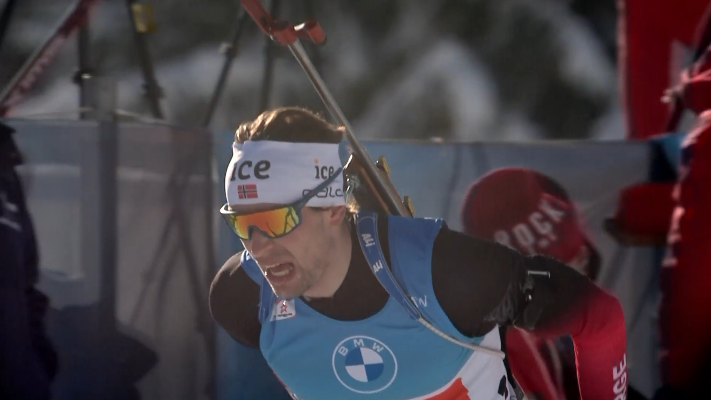 The victory of the Norwegians was made by Johannes Boe. Yes, this season, Boe Jr. has not yet won personal races, but in the relay races everything is going as well as possible. In fact, Johannes brought a minute to his rivals. Legreid and Tarjei Boe performed at a good level, and Christiansen, although not without problems, brought the race to victory, almost missing it in favor of the French.

The Swedish team could well qualify for medals, but the frankly weak link in the team was Malte Stefansson, who received the relay with a 10-second advantage and sent Samuelsson into the race one and a half minutes behind the leader. But even before the bronze was only 20 seconds, and Seba couldn't win back this gap.

France got the lag just at the 3rd stage, where Johannes Boe ran against Emilien Jacquelin, and at first, it seemed that the fight would only be with Germany, Russia and Sweden. But Quentin Fillon Maillet didn't let his rivals approach him, but also went to the final lap 14 seconds behind Christiansen. Unfortunately, the fight for victory didn't work out, the Norwegian did not miss his gap.

The Russian national team, at the first stage, dropped down the peloton, due to the penalty loop of the debutant - Vasily Tomshin, but didn't give up, and gradually got back into the fight for medals, fighting with Germany on the last lap. Latypov versus Nawrath, the Russian was forced to win back 10 seconds, which were formed due to an extra shot, and Eduard Latypod did it, bronze for Russian.

The Slovenes could have jumped over their heads, but Klemen Bauer, who earned a penalty loop, lacked a little composure. As a result, the last place in the flower ceremony went to the national team of Belarus, as well as a week earlier.