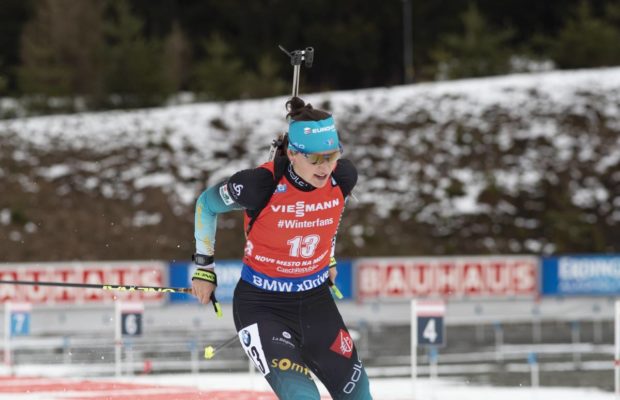 The strongest biathletes (sorry Sweden) are now in Sjusjoen - the teams of Norway, France, the Czech Republic and Ukraine will not let you get bored.

The first sprint was won by Julia Simon, who hit all 10 targets. She left for the last lap with a meager 4-second lead over Marte Roeiseland (1 penalty), and it seemed that the Norwegian would overtake the French woman without any problems, but by the end of the race, the gap remained the same.

Tiril Eckhoff is third, she also has one penalty loop.

Chloe Chevalier showed a good result - 4th, especially when compared with her sister, who failed this start - Anais Chevalier only 46th.

The best representative of the Czech national team is Marketa Davidova 6th, and the best of Ukrainians is Julia Dzhima - 8th. 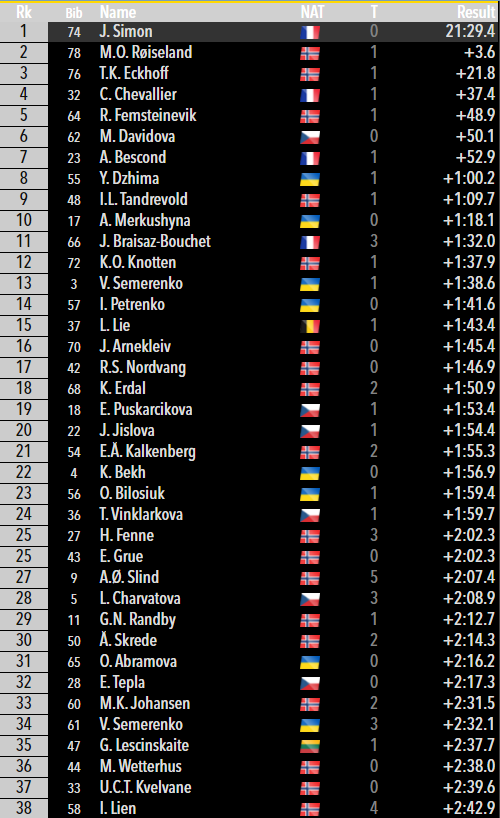