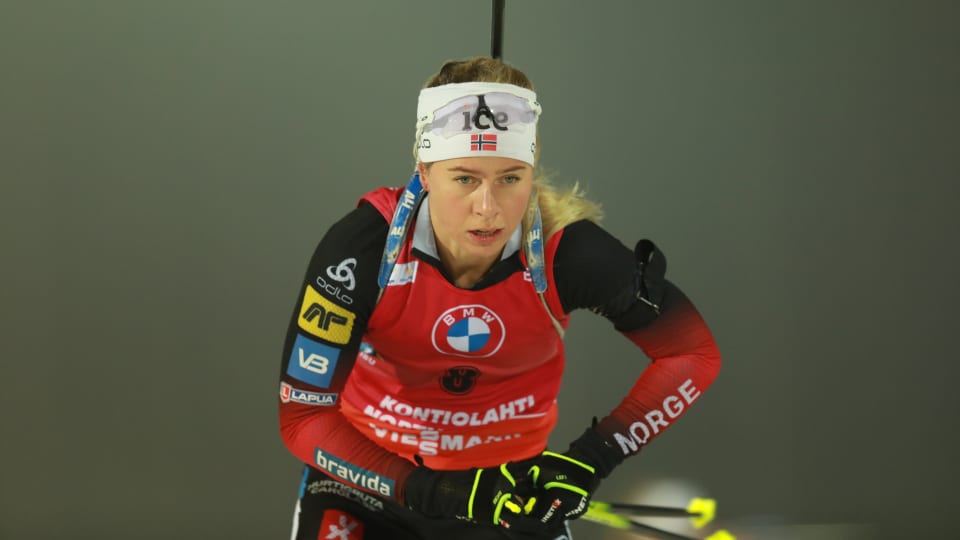 Wonderful performance from Tiril Eckhoff, who get second gold medal at this World Championship, and also get a yellow bib.

It was windy on the shooting range today, so even a fast Denise Herrmann with one penalty could well count on a medal. But in the end, the German turned out to be fast only on our memory, but in fact, she took 4th place, losing medal positions to perfect snipers.

On the last lap Anna Sola was the leader, Eckhoff was 0.4 seconds behind, and Anais Chevalier was 11 seconds behind. Sola predictably lost to the Norwegian, but to the second place she was just a little bit short - 2.4 seconds. But even the bronze is a sensational result for the Belarusian, which takes only 40th place in the overall standings of the World Cup.

Lisa Vittozzi is one of the few who managed to hit all the targets. But she did not shine with speed, so she took 5th place. Martha Roiseland got very nervous on the stand after having problems with the rifle and made 2 misses. And 6th place is the maximum for which she managed to catch on.