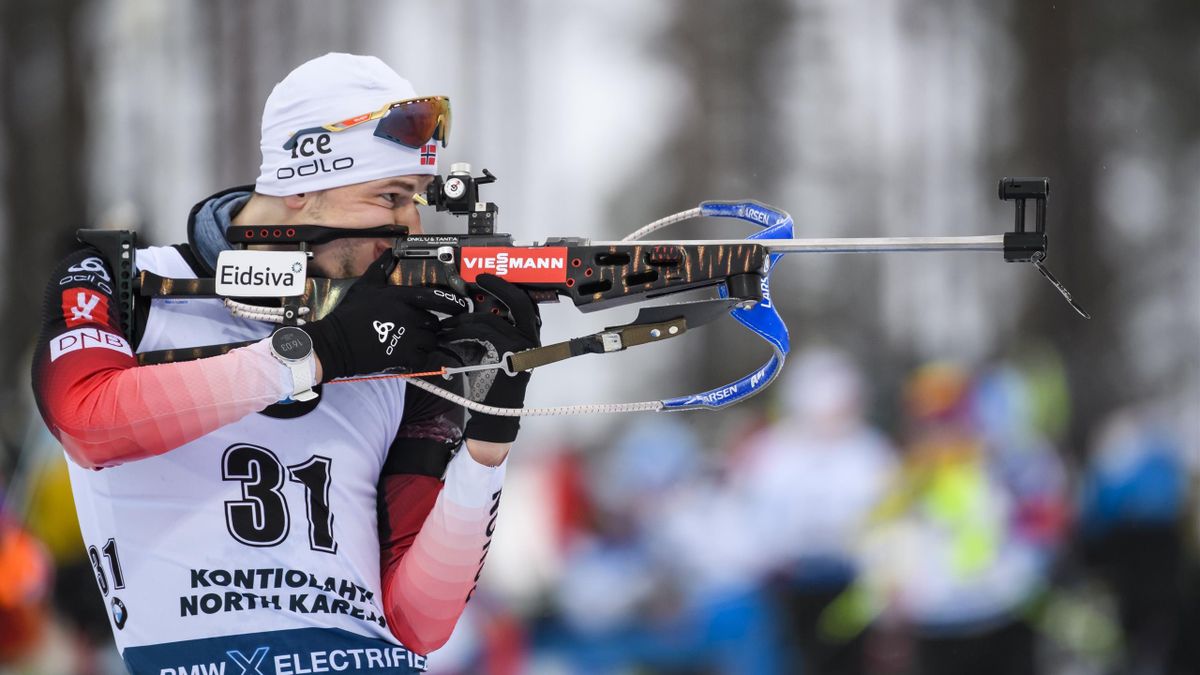 He is one of those, who join "Club Zero". Also, it was possible to close all targets: Ondrej Moravec and Christian Gow. Czech finished ...., Canadian.

It's just 5th race on the World Cup for Laegreid. He participated last season in Nove Mesto (13th and 15th), and Kontiolahti (10th and 11th). Now the first victory in career!

Johannes Boe has only one mistake, but it's enough for 2nd place. Quentin Fillon Maillet caught Ondrej Moravec on the last lap, and surpass his result. But he was on the 3rd position just 10 minutes, until finished Eric Lesser, two seconds ahead of French.

Sebastian Samuelsson had a good ski run, but he missed twice, and finished 6th. A veteran of the Slovenian team Jakov Fak 7th, with only one mistake.