Marte Roeiseland beat Doro Wierer in the battle for gold 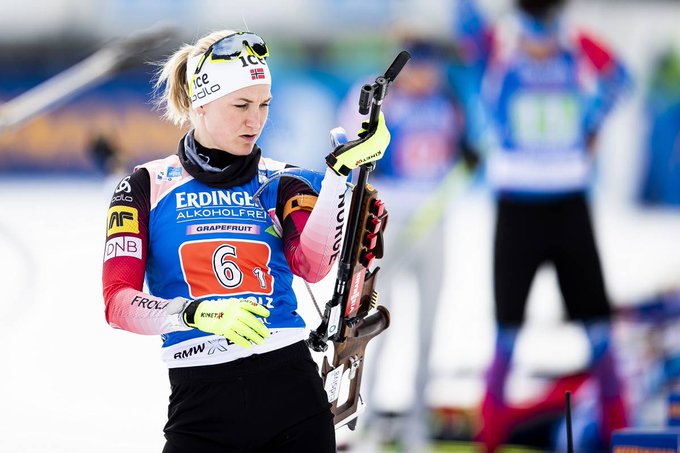 Today, the wind was unpredictable, so 3 mistakes from Dorothea Wierer - not too much, and she was on the first position after last shooting.

Great leap did Marte Roeiseland, who had two mistakes on the prone, and go to the track after it on 22nd place. But two clear standing, and a lot of opponent's mistakes, allowed she got 2nd position, just 14 seconds behind the Italian.

Julia Simon, Hanna Oeberg and Monika Hojnisz were lost 10 seconds Roeiseland, but of course, couldn't catch her. On the first little climb, French lost at the back, left Oeberg and Hojnisz to battle for the 3rd. Polish was a leader in this duel, but on the last small climb, Hahha overtook her, and came to the stadium ahead Polish. There no chances to overtake someone. Hanna finally gets a medal of the World Championship.

Tiril Eckhoff is still to lost point for the overall ranking. She finished 7th, and now she 3rd in the World Cup, 112 point behind Wierer.