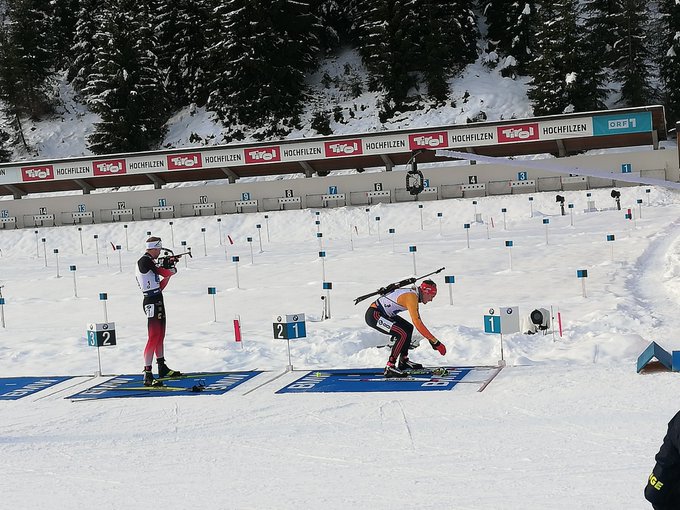 Norway - the top biathlon team. A lot of mistakes, penalty loop - no problems, if Johannes Boe in your team!

Johannes Dale - perfect race, finished 1st with 20 seconds gap, but the second member of Norwegian team - Erlend Bjoentegaard a little bit buried his team, he had 4 mistakes at the prone, and 1 penalty loop. Tarjei Boe began his race 40 seconds behind Arnd Peiffer, and he could catch him for any second. So 45 seconds behind the leader - difficult task even for Johannes. But top Norwegian gain 15 seconds on 1st lap, 10 on 2nd lap, and to last lap, he went 15 second behind Benedict Doll, and did it! Before the short finish line, he became a leader, and won this relay for Norway.

Germany could be satisfied with this result!

France took part in this relay without Fourcade and Desthieux, but finished 3rd.

A high 4th place for Canada.