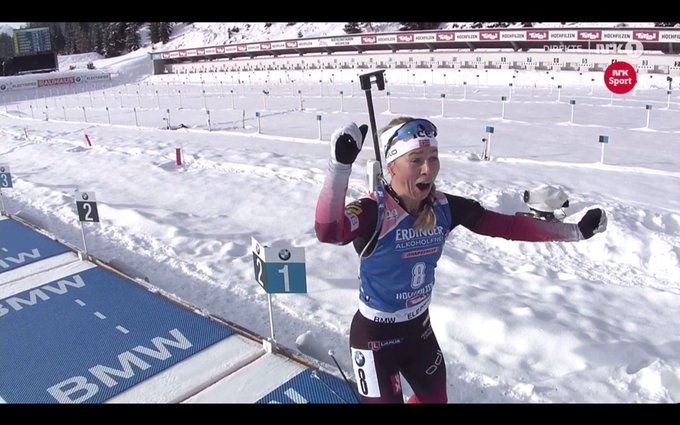 Tiril Eckhoff is completely unstable, but today is her day. The Norwegian did 20 of 20 at the shooting, and got the first victory of the season.

Last season for Tiril was awful, she had only one victory - in the short individual race of Canmore, as well as second place in the final mass start of the season. There were no more podiums.

Tiril Eckhoff goes 20 for 20 in the #HOC19 pursuit for the win. Who will take the other podium spots? Watch it live on https://t.co/MSJYx30KUx pic.twitter.com/PeeNhAyXyL

Hanna Oeberg finished on the second place, and Ingrid Tandrevold, who the day before yesterday’s got medal in the sprint, took third place. By the way, Ingrid is pulling up to Dorothea Wierer in the total score, Italian finished 9th.

Paulina Fialkova also had a good result - she is again close to the podium, 5th position. And the best result this season for Kaisa Makarainen - she is 7th.