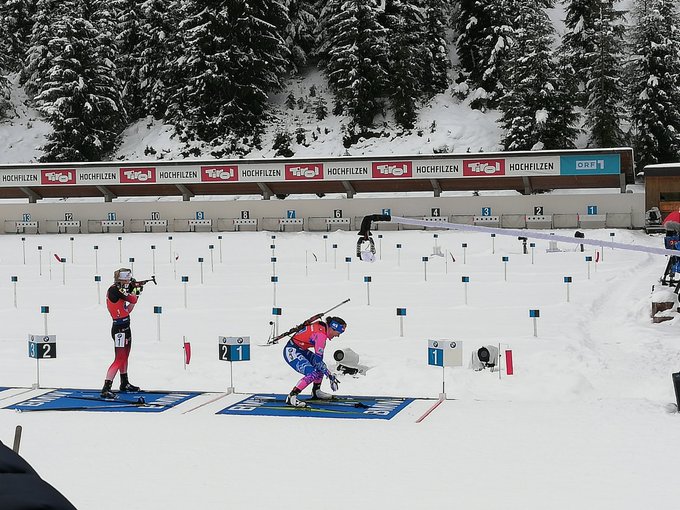 It's not a day of France or Germany. This day of Russia and Norway!

Unbelievable last lap from Marte Roeiseland, who could catch Russian Ekaterina Yurlova on the last lap, who was 15 seconds ahead. Only 300-400 meters was needed for the Norwegian to do it. But both of team can be happy with the result - Norway got a victory, Russian - first podium since 2017.

On the 4th shooting, just two biathletes could make clear shooting - Larisa Kuklina and Dorothea Wierer. These pair have a 40-second gap before nearest rivals - Gasparin. But then another Italian join to race, Italy began lost positions.

And Russia got a large gap before other teams. But it goes on before Marte Roeiseland join to battle.

The interesting battle was for bronze medals. Lena Haecki was third, but couldn't shut all targets on the last shooting, and final lap 5 biathletes were too close to each other - Haecki, Gwizdon, Pidhrushna, Lunder and Dressigacker. American and Polish immediately fell behind, and the battle for the 3rd position was between Ukraine and Switzerland, and Haecki won it. Second medals for Switzerland in the season!