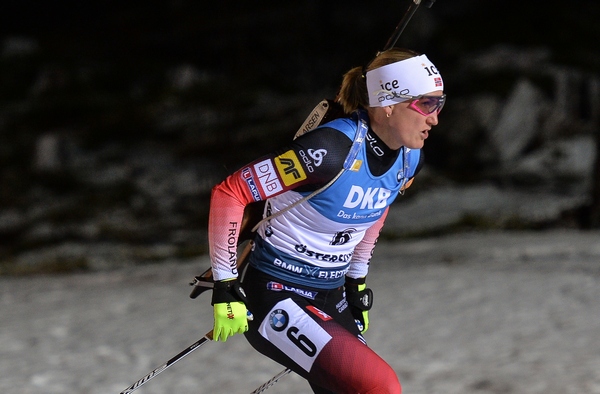 Six teams claimed victory before the 7th shooting: Norway, Sweden, Germany, France, Switzerland and Austria. But Austian Zhouc was too slow at the track, and French Julia Simon had 3 mistakes on the prone.

So, before 8th shooting, only four applicants left: Marte Roieseland, Hanna Oeberg, Franziska Preuss and Lena Haecki. Marte missed two times, but went to last lap by leader. Ten seconds behind was Haecki and Oeberg, Preuss was 10 seconds behind more.

Before 500 meters the finish, Haecki overtook Oeberg, and conquered the first medal for the Switzerland women's team!