Dorothea Wierer began the season with a victory, Roeiseland 2nd 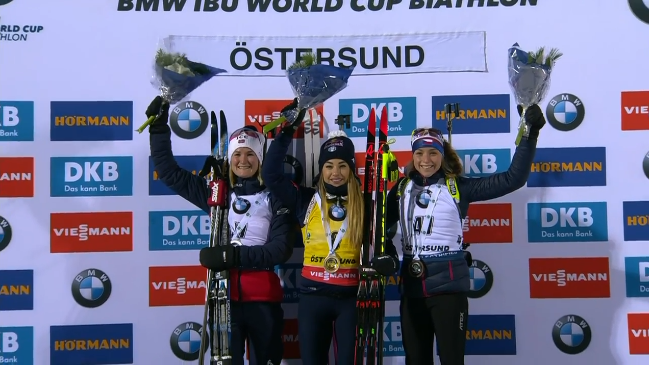 Dorothea Wierer, the current World Cup winner, begins the season even with two victories, if we count yesterday's mixed relay. Today, Dorothea was almost the fastest on the track, and even one mistake didn't stop her from winning this race.

Marte Roeiseland was faster, but she missed twice, and finished 9 seconds behind Italian. Marketa Davidova 3rd.

Lena Haecki and Hanna Oeberg could win this race, but they also have two mistakes. One more biathlete was faster Sweden and Swiss ladies - it's Russian Svetlana Mironova, she visited penalty loops three times, and finished 50 seconds behind Wierer. When she will have 100% accuracy, she will win.

Tiril Eckhoff and Kaisa Makarainen failed the race - both of them have 4 mistakes and finished out of top-40.