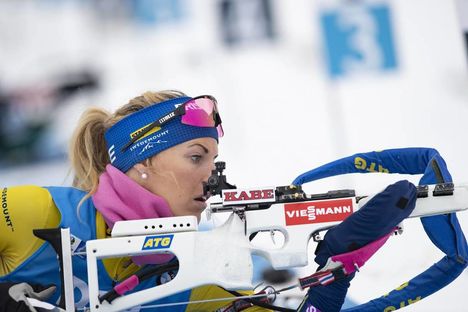 Last weekend Idre hoster the local championship. There, except Sweden team, also were Ukrainian, Canadian, Russian teams, and some athletes from other countries.

Ingela Anderson must be in the main team! She won the sprint, left behind Elisabeth Hogberg and two members of the main team: Nilsson and Magnusson.

In the men's sprint, all high positions took foreign athletes: Pidruchniy, Weger and Dolder. The closest Sweden was young Malte Stefansson (2000 year), he was 1 min behind the leader, but also Sweden were 2 minutes behind and more.

The next day, the deep fog enveloped the track, and individual races look like Oberhof 2019, but worse.