Five biathletes have pre-qualified with a top-25 result on the World Cup or World Championships last season. Here is Sean Doherty, Leif Nordgren, Joanne Reid, Clare Egan and Susan Dunklee. But they also took part in the races.

Both of men races won Travis Cooper. Most likely he must go to the World Cup. Lars Hammernes Leopold surprised us. He took 2nd place at the sprint, and 3rd place at mass-start. The previous season he was at Junior IBU cup, but looks weak. 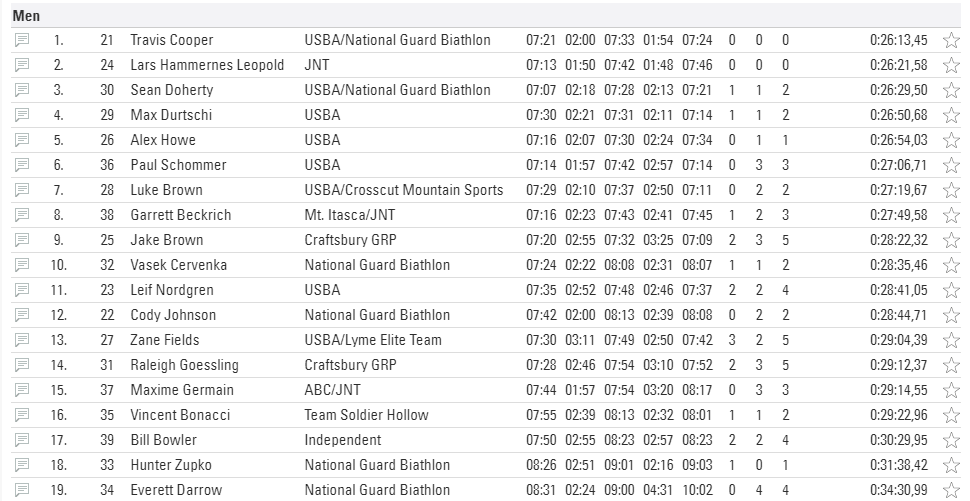 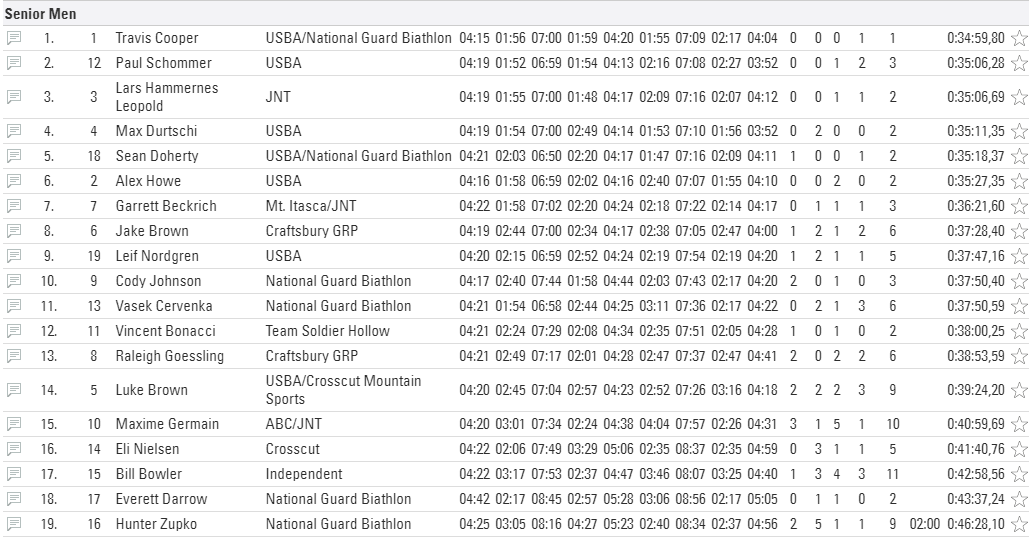 Women's races only "qualified" biathletes had victories and podiums. One victory for Susan Dunklee and Clare Egan.